Pressing ahead: The new titles that launched in 2021

It’s been a year of expansion for jobs in the regional press industry and the number of titles journalists are working for has grown with it too.

The 12 months of 2021 have been characterised by further launches and counter-launches by the bigger publishers on each other’s traditional territories, both online and in print.

Nowhere has this been more marked than Reach plc achieving its stated ambition of launching websites to cover every county of England and Wales.

Over the past 12 months, Reach has launched dedicated sites for, among other places, Bedfordshire, Buckinghamshire, Dorset, Norfolk, Suffolk and Wiltshire, as well as smaller digital channels covering towns across the country under the firm’s ‘Live’ brand. 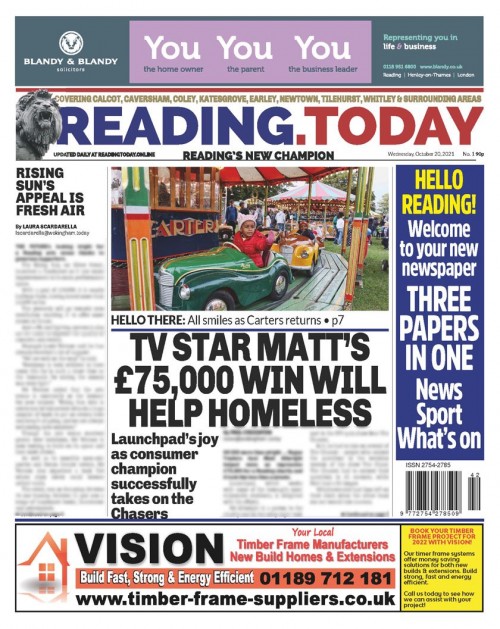 Reading Today was among the year’s independent launches

But the company has also expanded in print with a series of district edition launches – including a Wigan edition of the Manchester Evening News, County Durham and Northumberland editions of Newcastle dailies The Chronicle and The Journal respectively and a Newport edition of the Western Mail.

In Wigan, the MEN’s launch sparked a price war with JPIMedia’s established daily the Wigan Post, which subsequently switched its publication frequency to weekly in August.

JPIMedia itself made a bid to take on Reach at its own game in some of the UK’s biggest cities this year by launching new news sites to cover Birmingham, Bristol, Glasgow, London, Manchester and Newcastle under its ‘World’ brand.

Newsquest had also begun the year with a statement of intent by taking the Oldham Times from weekly to daily at the start of the year, giving Oldham its first daily title since the demise of the Oldham Chronicle in 2017.

Independent launches over the past 12 months included Northamptonshire site NN Journal, the Stroud Times and Reading Today, while Highland News and Media established the Nairnshire Courier in January to fill the void left by the closure of the family-owned Nairnshire Telegraph the previous month.

And one of the most intriguing launches of the year was made by Brunel University, which launched monthly title the Hillingdon Herald.

Edited by former Newsquest group editor Rachel Sharp and staffed by students, the Herald aims be “self-sustaining” and funded through advertising in future.

Sadly, a number of closures were confirmed in 2021 including the short-lived Lichfield Chronicle Week and the UK’s “longest-running community media outlet”  the Salford Star, while Wiltshire 999s closed and subsequently reopened as Wiltshire Today.

The Banbridge Chronicle, in Northern Ireland, also looked set to shut in October after 151 years in business, but was granted a stay of execution after talks to save it began between present owner the Hodgett family and Scotland-based DNG Media.

At the time of writing, the Chronicle is still being published weekly.

Here is a list of 2021’s new launches and closures as covered by HTFP.

Oldham Times (as a daily)

Nub News in Dorchester, the Mumbles, Twickenham and Kingston upon Thames