A regional daily has launched a new edition to serve a town also covered by a rival daily title.

The Manchester Evening News has unveiled its latest print expansion with the launch of a new edition covering Wigan.

The town is traditionally served by JPIMedia daily the Wigan Post, although MEN owner Reach launched online brand MyWigan there in June. 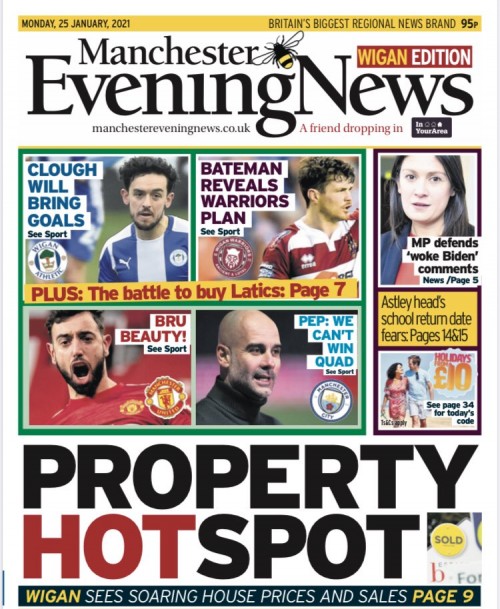 The launch is the latest in a series of recent print expansions made by the Manchester-based daily.

The MEN previously launched an Oldham edition in 2017, following the collapse of the Oldham Chronicle, although the project was scrapped after less than 12 months.

It also set up the MEN on Sunday in 2019, which took the newspaper’s publication frequency to seven days a week.

“The success of the MyWigan brand that we launched online in June 2020 has shown a huge demand for our journalism in Wigan.

“We’re delighted that we’re now able to fully serve that need for our print readers, too.”