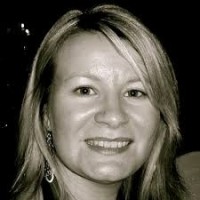 A former local democracy reporter is going up against her last two employers to launch a subscription-based news website covering the same patch.

Sarah Ward has announced that NN Journal, which will cover Northamptonshire, is to go live from 3 January after teaming up with fellow journalist Natalie Bloomer for the project.

But last week she revealed the launch of NN Journal, named for the postcode area which covers most of Northants, with a pledged to report on “local and national politics, social issues, health, and crime”.

All content will be free in the first two months of the site’s existence, but at that point it will move to a subscription model with a “low monthly fee”.

Non-subscribers will still be able to access one original news feature per week along with a weekly news briefing.

Announcing the site’s launch, Sarah and Natalie said: “We believe there is no greater time for this type of local journalism following the collapse of the county council, the impending local government reorganisation and the impact that has had on so many aspects of our society.

“We will also be looking closely at the impact the pandemic has had on people’s lives and livelihoods, local health services and businesses.

“Set up as a social enterprise we would like as many Northants residents as possible from across a wide range of communities to get involved with our work.

Speaking to HTFP, Sarah said: “The reaction to the new venture has been great so far and we’ve had hundreds of sign ups.”