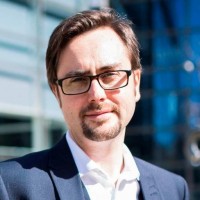 Newsquest is launching a new national news title for Wales, it has been revealed.

The regional publisher has announced the launch of the service, called The National Wales, which will go live from next month.

The politically neutral service – described as being “pro-Wales”, rather than “pro-independence” – will largely be digitally-based but will launch with a special newspaper on 1 March, which is St David’s Day, and will also run sporadic print editions for important events.

Three journalism jobs have been created ahead of the launch – an audience and content editor, who will be responsible for curating and rewriting content from Newsquest’s existing titles, and two digital reporters, who will create more original content.

Newsquest currently publishes two daily newspapers in Wales, the South Wales Argus and Mold-based title The Leader, along with a number of weeklies, and employs around 50 journalists.  It already publishes a national daily for Scotland, pro-independence title The National.

Gavin Thompson, Newsquest regional editor for Wales, said: “We believe there is a gap in the market for a quality national news platform that serves all of Wales. We aim to provide original and in-depth reporting packaged in an engaging way which provides value for readers and reaches new audiences.”

“As we grow subscriptions, we will grow the team. Wales is a great country that deserves a strong national media and we hope the Welsh people will get behind us.

“The more people support us, the more we will be able to do. We want to give Wales the news service it deserves.

“In addition, Newsquest already has dozens of journalists based right across Wales and we will harness their skills and give their work a national platform.”

The title’s launch was announced by Gavin in an interview with Times Radio.

He told Times Radio host Matt Chorley: “We feel that Wales really deserves a quality national news service that focuses on the whole of the country so we’re going to be kicking off on 1 March.

“So we’re very excited about it. It’s a big initiative for us and we’re really looking to utilise the strength of all the existing network of reporters that Newsquest, our publisher, has right across Wales.”

In 2019, Newsquest produced a special Welsh edition of pro-Scottish independence daily The National which was given out to marchers at a Welsh independence rally in Merthyr Tydfil.

Gavin was asked by Matt about whether the new service would take a pro-Welsh independence stance.

In response, Gavin said: “We’re not taking the same position as The National in Scotland. I think there are differences between the two and what we feel is that, actually, we’re not a pro-independence title, we’re a pro-Wales title.

“But we do want to start a national conversation about issues like devolution and independence because we have some really interesting elections coming up this year, hopefully in May, to the Senedd.”

He added: “The constitution has never been a bigger issue in recent memory in Wales, with such a focus from coronavirus on devolution and also a rise in some quarters, still a minority, for independence.

“So we think it’s about time there was a conversation about all of that, and also that we want to really focus on the coverage of politics and devolution, and provide the information and insight to ensure a better-informed public – what they need to make those decisions when they’re voting in May or in the future.”