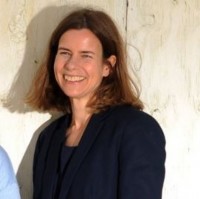 A daily newspaper is going head to head with an existing regional print title following a rival publisher’s digital expansion.

The move is Reach’s fourth print launch in recent weeks after it began publishing a Wigan edition of the Manchester Evening News in competition with JPIMedia’s Wigan Post, as well as a South Tyneside and Durham edition of Newcastle daily The Chronicle and a Northumberland edition of The Journal.

Newsquest itself recently announced a digital expansion in Wales with new title The National Wales, which will be largely based online and cover the whole country from 1 March.

Explaining the launch of its Newport edition, the Cardiff-based Mail said it wanted to “build on the stellar growth” of Newport Online.

In an open letter to readers of the Newport edition, editor Catrin Pascoe, pictured, said: “Recognising how important Newport and its surrounding areas are, we have increased our reporting on your area with enhanced coverage each day of all the news, issues and sport that matters and impacts on you.

“Thanks to our coverage of Newport through our new Newport Online brand, Wales Online has become the city’s best-read digital news platform.

“And now we want to reflect and serve that readership in print with this new daily special edition of the Western Mail.

“There is no doubt that this past year has been a torrid and testing time for everyone due to the coronavirus crisis, but it is such a privilege to serve your community with exactly what you need to know about the pandemic’s latest developments, and so much more.

“The Argus has been serving Newport and the surrounding area for well over 100 years and is part of the community – recently moving to new city centre offices as part of the city’s ongoing regeneration.