Revealed: The full list of 57 journalists on The Athletic’s UK launch team 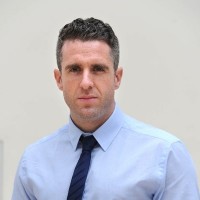 The full list of 57 journalists to have joined new football website The Athletic UK has been revealed as the US-owned site goes live today.

HTFP has previously reported a number of departures from regional sportsdesks over the summer, although none of those leaving have officially been unveiled as Athletic hires until this morning.

All 20 current Premier League clubs will have dedicated reporters, with some of them having two, as well as five clubs currently in the Championship – Leeds United, Sheffield Wednesday, West Bromwich Albion, Derby County and Nottingham Forest.

Glasgow clubs Celtic and Rangers will also have dedicated coverage.

A full story on the launch of The Athletic UK can be found here.

The full list of dedicated reporters, and the clubs they will be covering, is as follows:

In addition, Raphael Honigstein will cover clubs playing in the German Bundesliga.

A number of journalists have also been appointed with briefs not related to specific clubs.