Joining The Athletic ‘worth the risk’ for journalists says former editor 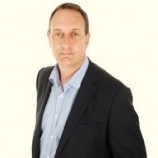 The decisions by 12 regional journalists to quit their roles and join sports website The Athletic will prove to be “worth the risk” according to a former daily editor.

Richard Bowyer, who edited Stoke daily The Sentinel and is now a journalism lecturer, says he is hoping for success for those who have “taken the gamble” of working for the site’s new UK operation, which was launched yesterday.

A total of 57 editorial staff were unveiled by the Athletic after a summer of speculation yesterday morning, with 12 recruits moving directly from regional press titles.

They will provide dedicated coverage of every Premier League football club together with some Championship sides, with content available on a subscription-only basis.

Richard, who was deputy editor of The Sentinel for seven years prior to taking the top job at the newspaper, is now a senior lecturer in journalism at the University of Derby, which runs a course in football journalism.

In a blog published ahead of yesterday’s announcement,  he addressed the site’s potential impact on the industry, saying regional press bosses would be “pondering if The Athletic can gain a major foothold in the UK by picking up audience

He wrote: “In a way, with the demand for football stories and the growth of football journalism, it is one of the few areas where recruitment seems to be rising. But to leave the relative comfort of their regional newspapers and head for The Athletic is, from an outsider looking in, a gamble.

“Cynics would say that the reported double your money offers may have helped this leap of faith, with the writers said to be on about £37,000 and being offered a nice $75,000 to join their new mates from America.

“Is it worth the risk for a group of well-respected football writers with reasonably comfortable lives at decent newspaper groups to leave for a project effectively in its infancy? I guess the answer is probably ‘yes’.

“Any company worth its salt would sit this project out for at least two to three years, in which time they will have earned what they would have received in six years if they had sat it out in their old jobs.”

Richard concluded: “The question is whether there’s a big enough market of football fans in the UK who will pay for content?

“I hope so for the sake of the journalists who have taken the gamble to join up. Also, for the future of all up and coming football journalists, including those my colleagues and I teach, I hope it’s a success.”

The Financial Times reported yesterday that The Athletic has spent £10m on the UK launch in a bid to attract more than 100,000 subscribers in the UK.

Discussing its US operation, Adam Hansmann, The Athletic’s co-founder and chief operating officer, told the FT: “It’s a pretty contrarian idea that people would pay for sports content when there is so much out there. But fans really took to the model of an ad-free reading experience.”