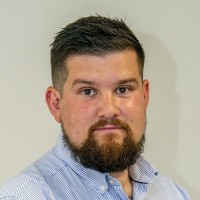 A sports journalist seconded to cover a football club for a regional daily has joined the newspaper full-time after one of its reporters left for The Athletic.

Alex Miller has been unveiled as a sports writer by Sheffield daily The Star to cover Sheffield Wednesday as number two to Dom Howson.

Alex has recently been on “loan” at The Star from four of its JPIMedia sister titles in West Yorkshire – the Halifax Courier, Batley & Birstall News, Dewsbury Reporter and Spenborough Guardian.

Nancy Frostick, who previously covered Wednesday for The Star, was among 12 regional journalists confirmed as having joined sports news website The Athletic earlier this month.

In a series of Twitter posts announcing his move, Alex wrote: “I’m absolutely over-the-bloody-moon delighted to be able to say that I’ll be staying on as Dom Howson’s number two covering all things SWFC at the Star.

“In just a few short weeks since the start of my ‘loan’ from the Courier I have been blown away by the size of Sheffield Wednesday and will do all I can to provide quality coverage of all things Owls [Wednesday’s nickname].

“It’s certainly a fascinating time to be covering the club. I’m very lucky.”

Alex added it was “gut-wrenching” that his 18 months with his previous papers had come to an end, and paid tribute to Courier deputy editor Chris Lever.

He wrote: “To finish off this self-indulgent drivel, thanks especially go to the ‘gaffer’ Chris Lever for putting up with my grammatical mishaps and general nonsense since I started out even more clueless than I am now.

“I’ve got lots of ideas and bags of energy to bring to The Star sportsdesk but for now, roll on Rotherham on Wednesday.”