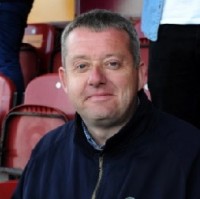 A chief football writer has warned that building relationships between journalists and clubs is “getting harder” as he leaves a regional daily to join The Athletic.

Richard Sutcliffe has held the position with the Yorkshire Post for around 15 years, but has now departed the Leeds-based newspaper to cover Sheffield United FC for the sports news website.

News of Richard’s departure earlier this month sparked an industry debate after Post editor James Mitchinson urged female journalists to apply for the chief football writer job – saying he “wants a girl to have it.”

However, no announcement has yet been made on who will replace Richard.

In a piece published on Monday, Richard wrote: “After nigh on 15 years as chief football writer of The Yorkshire Post, tomorrow will be my 1,239th and final game in the press box for this newspaper. A new, exciting challenge awaits covering Sheffield United but, before I go, please indulge me this final trip down memory lane.

“My first day in the concrete carbuncle that was the old YP building on Wellington Street in Leeds turned into rather an eventful one. Not least because the editor who had appointed me was clearing her desk by noon.

“I was already nervous at starting a new job. So, John Ledger – the paper’s then rugby league reporter and, in his mind, resident comedian – did little to soothe those butterflies when he lent over later that afternoon to tell me, ‘I don’t think the editor leaving is totally down to your appointment’.

“After such an inauspicious beginning, things could only get better. And they did. Having a ringside seat as Hull City, Huddersfield Town and Sheffield United made the jump to the Premier League was a privilege. As has been sharing in the joy of so many other promotions for our clubs. Or the stirring Cup runs that took the likes of the Tigers, the Blades, Bradford City and Barnsley all the way to Wembley.”

Richard, who is one of 12 regional press writers to join the US-owned Athletic’s new UK venture, went on to discuss how the relationships between journalists and football clubs had changed.

He added: “Being told Hull’s team for the 2014 FA Cup final three days before the players on the insistence nothing be revealed publicly is just one such example of the trust that can still exist even in a world where the most mundane item of ‘breaking news’ gets the full yellow ticker treatment from Sky Sports. In an age when some clubs seem intent on keeping the press at an arm’s length, building those relationships is getting harder.

“But it is still possible here in God’s Own County and probably my highlight of each year has been the Christmas lunch that the Yorkshire’s press corp put on for the managers and their staff.

“Not all attend in Sheffield but those who do enjoy an event that is very much off-the-record, with all notebooks and dictaphones left at home.

“A steady flow of booze – plus the annual competitive game of ‘killer pool’ – fuels a bonhomie between those present that not so long ago was taken as read by journalists and managers alike.”