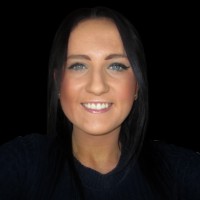 A sports reporter has announced a “deadline day” move between regional dailies as part of a reshuffle following a football correspondent’s departure for The Athletic.

Rosie Swarbrick, who works for Blackpool daily The Gazette and its JPIMedia sister title the Lancashire Post, has revealed she will be joining the Wolverhampton-based Express & Star later this month.

The Express & Star’s Wolverhampton Wanderers correspondent Tim Spiers worked his final day at the newspaper last week as he prepares to join The Athletic, where he will continue to cover the club.

At the Express & Star Rosie will team up with current Wolves writer Joe Edwards, who is stepping up to take over Tim’s role.

Rosie, pictured, revealed her departure on Monday, which was transfer deadline day for clubs in English football’s third and fourth tiers.

Posting on Twitter, she wrote: “I have one last exit to announce this transfer deadline day… my own departure from the Blackpool Gazette and Lancashire Post. I can now finally shout from the rooftops that I will be joining the Express & Star later this month.

“I will be taking on the role of Wolves correspondent alongside Joe Edwards as we take over coverage of Wolverhampton Wanderers from the extremely talented Mr Tim Spiers.

“It is an honour to get the opportunity to cover this historic club and I cannot wait to get started.”

Rosie went on to thank at the Gazette and Post who had helped her in her career so far, as well as others at the clubs – including Fleetwood Town, Chorley FC and Preston North End – that she had covered for the titles.

She added: “I will miss you all but I am relishing the opportunity to test myself in the Premier League. After Fleetwood Town’s clash against Oxford United on Saturday a new chapter in the Midlands awaits.”

Joe, a lifelong Wolves supporters, added on Twitter that he was “absolutely delighted” to be taking on his new role, while Tim also posted a farewell message on the social media site after 10 “very happy” years covering news and sport for the E&S – including four reporting on Wanderers.

He wrote: “I used to run to the letterbox every day as a kid to read the paper. Whatever I do for the rest of my career, I’ll never be as proud to have seen my byline on the front or back page of the Express & Star.”