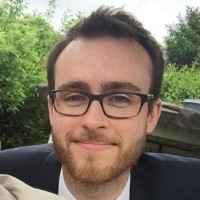 A regional publisher has unveiled new football correspondents to cover rival clubs after their predecessors left their posts to join The Athletic.

Rob Tanner, who covered Leicester City for the Leicester Mercury, and Paul Taylor, who covered Nottingham Forest for the Nottingham Post, were two of the dozen regional journalists to join the specialist sports news website’s new UK operation, which was officially launched on Monday.

Reach plc, owner of the Mercury and the Post, has now moved to replace Rob and Paul as the new season gets under way.

Jordan Blackwell, pictured, will serve as the new Leicester City correspondent for the Mercury and its Leicestershire Live sister website, while Sarah Clapson will take on the equivalent role with the Post and Nottinghamshire Live covering Forest.

“Sarah has already built a fantastic rapport with Forest supporters as evidenced by her weekly Q&As with fans and in Jordan we have a superbly talented journalist who cares deeply about Leicester. I wish them both the best of luck in their new roles.”

Both Sarah and Jordan have been promoted from existing roles which have seen them cover the East Midlands clubs for their respective titles.

City’s Premier League season begins with a home game against Wolverhampton Wanderers on Sunday, while Forest succumbed to a 2-1 defeat against West Bromwich Albion in their opening match of the Championship season on Saturday.