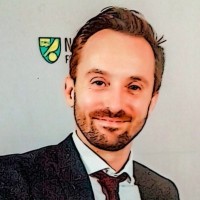 Three more leading regional football journalists have left their posts days before the start of the new English season which gets under way tomorrow.

Michael Bailey, of the Eastern Daily Press, and Nancy Frostick, of Sheffield daily The Star, have both confirmed their departure from their respective newspapers in recent days, while the role of Yorkshire Post chief football writer Richard Sutcliffe is currently being advertised after its incumbent “handed in a transfer request” after 15 years.

The English professional league season kicks off tomorrow evening with a Championship match between Luton Town and Middlesbrough, one of 11 clubs covered by Richard in his current role.

The latest departures follow a number of others from regional sportsdesks over the course of this summer as US-based sports website The Athletic prepares to launch a UK version.

Rob Tanner, of the Leicester Mercury, Andy Naylor, of Brighton daily The Argus, and Gregg Evans, of the Birmingham Mail, have also confirmed their departures from their respective titles – although all three declined to comment on whether they will be joining The Athletic when approached by HTFP.

Both Michael, who covers Norwich City for the EDP and The Star’s Sheffield Wednesday reporter Nancy have said they would be continuing to cover their current clubs in their new roles.

However Michael, pictured, declined to reveal his next career move when approached by HTFP, while we have also attempted to contact Nancy, Richard and The Athletic for a comment.

Michael, pictured, has spent almost 12 years with the newspaper and its Norwich Evening News sister title.

In a farewell column, he wrote: The good news is I won’t be going far away – but that’s for another day. For here and now, it’s just a big thank you for making my time writing on these pages the pleasure I always hoped it would be.”

In a goodbye Twitter post, Nancy wrote: “Waiting to board a plane seems as good a time as any to share a bit of work news – I’m leaving The Star after a great year with all the team at JPI Media.

“The exciting news is I’ll still be reporting on [Wednesday], but more to come on that soon.”

The Athletic announced earlier this week it had reached 500,000 subscribers to its US operation, with the goal of doubling that by the end of the year, while last week the i reported that UK-based regional sports journalists have been offered double their current pay to join the project.

In a Twitter thread scrutinising The Athletic’s business model following this week’s announcement, Aron Pilhofer, chair of journalism innovation at Philadelphia’s Klein College of Media and Communication, warned that the project may yet collapse under “a ton of debt.”

He wrote: “On the cost side, it has been reported they are up to more than 300 editorial staff now in 50 cities covering 270 teams. Just back of envelope, salaries alone means they are almost certainly losing money, and not a small amount of money.

“If the average salary of an editorial staffer is around 75,000 [US dollars], with benefits you’re looking at $32 million plus right there. That doesn’t include back office, support, tech, sales, travel, and a zillion other costs of doing business.

“The Athletic is fascinating, don’t get me wrong. But there’s a tendency within the business (particularly within business journalism) to focus on short-term revenue and growth without looking at the cost side. And that’s a bit of a problem, I think.

“It’s possible The Athletic does grow into North America’s (and maybe the world’s now that it is moving into covering Premier League) sports section. It is also possible the revenue isn’t there, and eventually it collapses under a ton of debt. We have seen this before.”