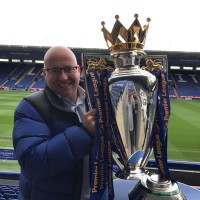 Three more leading regional football journalists are leaving their current roles as a new subscription-based football website gears up for its August launch.

As previously reported on HTFP, US-based sports website The Athletic is launching a UK version in time for the start of the new Premier League football season, with plans to recruit up to 55 journalists.

Now three more leading regional football writers have announced they are leaving their respective newspapers – Rob Tanner of the Leicester Mercury, Andy Naylor of the Brighton Argus, and Gregg Evans of the Birmingham Mail.

All three have declined to comment on whether they will be joining The Athletic when approached by HTFP, as has The Athletic itself.

However all three have also have made clear that they will be continuing to be closely involved with their current clubs – namely Brighton and Hove Albion, Leicester City and Aston Villa – in their new roles.

Andy tweeted: “All good things come to an end. I’ll be leaving The Argus soon after more than 32 years. It has been a privilege, an extraordinary journey from near-oblivion to the PL.

“Suffice to say, for now, Albion will remain a big part of my professional life in an exciting venture.”

Gregg also made clear he would be continuing to cover Villa in a tweet published on Tuesday.

He wrote: “My last day at Reach plc after 11-and-a-half years. Thanks to Birmingham Live and Solihull News for the memories but an opportunity has opened up to cover Aston Villa in a very exciting new way. More on that later.”

Rob, pictured above with the Premier League trophy won by Leicester in 2016, announced his own departure at the end of a Q&A with readers last week focusing mainly on whether star defender Harry Maguire would remain with the club.

He wrote: “I have experienced so much, from the play-off heartaches to the promotion parties, the great escape to the title win, the Champions League adventure to the helicopter tragedy. It has been quite extraordinary and I feel privileged to have had the opportunity to document this astonishing period in the club’s history for the local paper.

“On that note it feels fitting to now say goodbye as I leave the Mercury to pursue a new challenge. I won’t be going far and you will still see me at City games, but for now, thank you and good luck City.”

Rob, who wrote a book entitled 5000-1 about the Foxes’ Premier League triumph, has since penned a lengthier farewell piece recalling his time covering the club and the various managers he has worked with, including Sven-Goran Eriksson, Nigel Pearson and Claudio Ranieri.

The Athletic told HTFP it will not be revealing the names of its new team until the launch, expected to be early next month in time for the new Premier League season.

A spokesman said: “At this time, I can tell you that we are building a line-up of the most talented and connected football journalists across the UK but we will wait to unveil the team until we launch.”

It has previously stated that its plans include not only comprehensive coverage of every Premier League club, but also highly localised football reporting beyond the top flight

UK subscribers are expected to be asked to pay around £8 a month to access the new site and it is thought that this will also enable them to access the American content.

Ashley, who began his career on the Great Barr Observer and Tamworth Herald, has worked for the Mail and its companion website as a news reporter for the past 18 months.

Football editor Mat Kendrick said: “First and foremost Ash is a brilliant journalist. From seeing his work as a news reporter at close hand across the office, it was obvious he has the talent and tenacity to get stories.

“He really has been the star of the newsroom and I am confident he’ll transfer those qualities to covering Villa.”