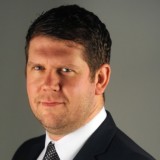 A regional daily editor has sparked an industry debate after urging female journalists to apply for his newspaper’s chief football writer job – saying he “wants a girl to have it.”

James Mitchinson, left, who edits the Yorkshire Post, has put out the call after it was revealed Richard Sutcliffe, the current holder of the position, was set to leave after 15 years.

Posting an advertisement for the job on Twitter, James said he would have “dreamed of getting this job” as a boy, but then added: “As [it] happens, I want a girl to have it.”

James told HTFP he was inspired to put out the call after advertising the same role at sister title the Yorkshire Evening Post a few weeks ago – and receiving only male applicants.

As previously reported on HTFP, YEP chief football writer Phil Hay is set to join US-based sports website The Athletic as it gears up for its UK launch, and James has now confirmed that Richard will be joining “the same competitor.”

James told HTFP: “A few weeks ago, the Yorkshire Evening Post lost its chief football writer, Phil Hay. We advertised his role around the trade press and jobs boards and received scores of applications.

“In that pile of applications there was not one from a woman. Not a single one. There was, ironically, one from a 14-year-old boy. Out of frustration I quipped with colourful language, ‘so a schoolboy believes he has more of a chance of getting this job than any fully-qualified female sports journalist in the country!’

“This week, after 15 years in the job, the Yorkshire Post – sister title to YEP – lost its chief football writer to the same competitor.

“This presented me with a very, very rare opportunity to shine a light on something that irks me deeply. Gender inequality on sports desks.”

James’s call on Twitter provoked a mixed reaction from other users of the social media site, prompting him to post the follow-up tweet: “God forbid those without a penis should be encouraged to succeed.”

He currently oversees a team of 25 sports journalist across Yorkshire – all of them male.

Speaking to HTFP, James added: “The reaction on social media was very predictable, and, of course, my tweet was crafted mischievously with a view to animating those whose sense of privilege is most pronounced (editor’s prerogative).

“But the motivation comes from a good place because the truth is, I have been working with commercial partners, the Sports Journalists’ Association and our internal recruitment tsars to improve the diversity of my newsrooms across the board. Sport is an area of concern, not just for me.

“It is nobody’s fault – certainly not in the current stewardship, here – that there are no female sports writers at the Yorkshire Post and, of course, we will only select the best candidate for any role.

“What I hope my tweet will do is fire up women to give this job their best shot in pursuit of what is one of the best sports journalism jobs in the industry.”

Among those to lend their support to James’s plea on Twitter was Wales Online rugby correspondent Simon Thomas, who wrote: “Good call on wanting to add a female presence to the sports desk, by the way. At our place, the award-winning Katie Sands has been a superb addition to the sports department.”

Katie herself added: “Very refreshing stance. Having a diverse set of voices (and experiences) in newsrooms and sports desks can only be a good thing.”

However Glenn wrote: “It is admirable but, for want of a better phrase, there is an element of virtue signalling here. If you want to employ a female sports reporter, just do it. It doesn’t need to be a case of ‘look what I’m about to do, isn’t it great?’.

“There needs to be far more diversity in sports journalism and there should be a concerted effort to recruit more women & BAME reporters. But, again, not sure publicly stating that half the workforce might as well not bother applying for this job is the right way to go about it.”