Reach plc is launching seven digital-only news titles and creating 46 jobs as it expands further into its rivals’ territories.

The regional publisher has announced the launch of the new titles to be launched under its ‘Live’ brand, which will cover Sunderland, County Durham, Sheffield, North Yorkshire, Bradford, Newport and Bolton. 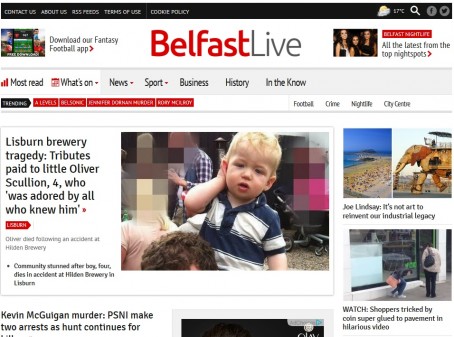 JPIMedia’s daily portfolio includes the Yorkshire Post, Sunderland Echo and The Star, Sheffield.   Both Reach and Newsquest are currently attempting to buy JPI, which put itself up for sale in the summer.

The plans also see two senior editors taking on new roles as part of the launch.

Some new offices will be opened to support the launch of the new titles, although Reach has not yet confirmed the exact plans or locations.

The new titles are expected to go live in 2020, with the first launches scheduled as early as February.

“Our digital regional proposition presents a major opportunity to expand our readership even further with the Live brand. Now is the time to expand this proven model on an even bigger scale and bring our journalism to even more communities across the country.”

Some existing Live sites will also see editorial expansion, with job postings also up to increase team sizes at Edinburgh Live and Glasgow Live – two of the digital-only titles which have been launched in recent years in competition with JPIMedia and Newsquest papers respectively.

Lloyd Embley, group editor-in-chief of Reach, added: “We know that readers today trust our regional journalism more than ever.

“We are also confident that we know better than the rest how to grow an engaged online audience – so it is really exciting to be able to put our money where our mouth is and make this kind of investment. What better way could there be to demonstrate our confidence in the future of local news?”