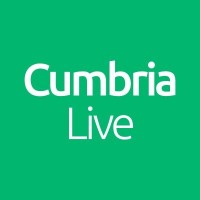 A regional publisher has launched two new county-wide news websites in its latest move to bolster its online presence in territories also covered by rival publishers.

Reach plc has confirmed the launch of Cumbria Live, which appears as a channel on its Lancs Live website, and Worcestershire Live, which carries stories run on its Birmingham Live site.

Although Reach has previously covered both areas as part of its existing platforms, both counties are also served by a number of different Newsquest and independent titles.

No new jobs have been created and the titles will not have their own dedicated offices, but HTFP understands Reach has assembled a small team of existing staff to focus on covering Cumbria and Worcestershire stories.

Lancs Live is based in Bamber Bridge, near Preston, and was itself launched by Reach to serve areas traditionally covered by newspapers run by JPIMedia and Newsquest.

An introductory piece on the Cumbria Live channel states: “Welcome to Cumbria Live, a brand new digital-only news service for the county.

“Here you’ll find the latest breaking news, travel and weather in your area including the Lake District, Carlisle, Barrow, Kendal, Workington and Whitehaven.”

Cumbria Live and Worcestershire Live are the latest new Reach titles which will serve territories traditionally covered by other publishers.

In November, the company revealed it was launching seven digital-only news brands and creating 46 jobs as part of an expansion into areas also covered by Newsquest or JPIMedia titles, including Sunderland, County Durham, Sheffield, North Yorkshire, Bradford, Newport and Bolton.