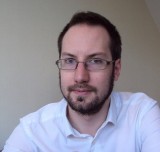 Four jobs are being created as part of a publisher’s plans to expand its hyperlocal news service.

Reach plc has begun recruiting for staff to join In Your Area, which was launched in 2017 by the company’s forerunner Trinity Mirror.

Last month it was announced Ed Walker, pictured, had been promoted by Reach to become editor-in-chief for In Your Area and Reach Regionals Network Newsroom.

Now, the company is taking on journalists based in Bristol, Liverpool and Manchester to work on the service, which allows users to type in their postcode and receive the most relevant news and information for their area from a variety of sources.

Reach is also recruiting for a Bristol-based online communities editor, who will also work on the Bristol Live, Gloucestershire Live and Somerset Live websites.

The latest recruitment drive comes after Reach announced in November was set to create 46 jobs with the launch of seven new digital-only news titles.

The titles are set to be launched under its ‘Live’ brand later this year, and will cover Sunderland, County Durham, Sheffield, North Yorkshire, Bradford, Newport and Bolton.

Ed declined to comment further when approached by HTFP.