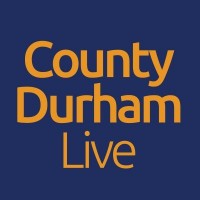 Reach plc has officially launched the latest of its new ‘live’ websites as its digital expansion continues apace.

While Reach’s Chronicle and Journal titles have always covered both Durham and Sunderland, the patch is also served by JPIMedia’s Sunderland Echo and Newsuest’s Northern Echo.

The titles’ planned launch was announced in November, along with the establishment of other digital-only brands across the country which taken together will create 46 new journalism jobs.

Reach last month revealed it was creating five new jobs in Devon and Cornwall with the launch of local sites for Exeter, Torbay and Truro, while last week it announced 12 recruits were joining its new Yorkshire Live brand.

Herts Live will also launch later this month, with Alasdair Hooper being seconded from his role as assistant content editor at Essex Live to lead the team on a day-to-day basis, in the position of digital lead.

Newport Online has also been launched as a new brand on Wales Online, after Reach recorded 37 percent year-on-year growth in the city during 2019.

A total of 10 new hires have been made across Glasgow Live and Edinburgh Live, while Reach is currently in the process of hiring 12 new digital content roles for the Daily Record too.

Lloyd Embley, group editor-in-chief of Reach plc, said: “When we first announced this latest investment in our online editorial back in November, it was a clear signal about the scale of our ambition across both national and regional newsbrands.

“Now, only a few months on, it’s a real sign of our commitment and pace that we’ve already made such progress. My sincere congratulations and thanks to the teams who have worked so hard to deliver this milestone.”