Reach confirms it is pulling out of JPIMedia bidding war 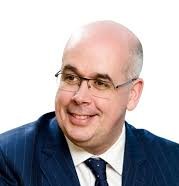 Reach plc has publicly confirmed it has pulled out of the bidding war for rival publisher JPIMedia, saying it is “no longer in active discussions” about acquiring the company.

The publisher, which already owns many of the UK’s biggest city titles, announced in July that it was interested in acquiring “certain of JPIMedia’s assets” – believed to be its regional portfolio.

However in a trading update this morning, Reach has confirmed recent reports that it has ended its interest in the deal.

The move clears the way for a merger between JPIMedia and Newsquest, although this is expected to be subject to a Competition and Markets Authority investigation focusing on the two companies’ Scottish portfolios.

It is estimated that such an investigation would take around four months, during which time Newsquest would operate JPIMedia’s major Scottish titles, which include The Scotsman and Edinburgh Evening News, as a separate business.

Newsquest is believed to have secured “preferred bidder” status for JPIMedia, which put itself up for sale in the summer, after topping Reach’s estimated £50m bid for the company.

Today’s trading update states: “Further to the Company’s announcement on 18 July 2019, the Board of Reach confirms that it is no longer in active discussions about acquiring certain of JPIMedia’s assets.

“Merger and acquisition opportunities which would accelerate the Company’s strategy will continue to be reviewed on a regular and disciplined basis.”

The move had been widely expected following Reach’s recent decision to launch seven new websites under its ‘Live’ brand in 2020, some of them in direct competition with JPIMedia and Newsquest brands.

Around 50 journalists are being recruited for the initiative which will see Reach launch new sites in Sheffield, Newport, Bradford and Sunderland among other locations.

The update states: “Good progress has been made with a number of digital initiatives over the second half of the year. We continue to be encouraged by strong audience growth across our portfolio of national and regional sites.

“This has provided us with the confidence to further extend our network of digital regional brands into new territories, with at least seven new ‘Live’ launches planned for 2020 and approximately 50 journalists to be recruited.”

The update also revealed revenue decline has slowed at Reach over the past year with overall revenues falling 4.4pc in the five months to 24 November compared to 6.6pc in the same period in 2018.

Reach chief executive Jim Mullen, pictured, said: “Since joining the business in August, I’ve been impressed by the strength of Reach’s national and regional brands, the quality of our content and the wide geographic distribution of our products through both print and digital channels.

“I’ve also been encouraged by the wealth of talented and inspirational staff working in the business.

“We have made good financial and operational progress during the period, including an improved like-for-like revenue trend and a further reduction in net debt. The Reach brands continue to have real relevance at both a national and local level, as is demonstrated by our considerable audience growth.

” We are working to complement our audience reach with a significant depth of customer insight and data that will allow us to build an intelligent, relevant and trusted content business for the long-term.”