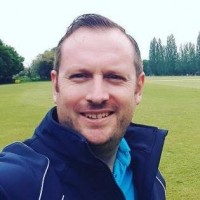 A regional publisher has unveiled an editorial restructure with the aim of boosting its coverage of grassroots sport.

JPIMedia is launching the grassroots sports team, which will involve around 30 existing reporters based at titles across England.

The project will be headed up by Mark Dunford, pictured, who is being promoted from sports editor of the company’s Sussex titles to a newly created head of community sport role.

HTFP understands other JPIMedia journalists will be promoted to more senior roles as part of the restructure, although no further details have yet been revealed.

Said Mark: “I am delighted to have the opportunity to shape a new team and am also delighted to work with so many people who are passionate about community and grassroots sport.

“As the team and structure take shape we will be looking at how we can improve our community sport offering and look at sharing relevant and important content across relevant papers and websites.”

The restructure will not affect JPIMedia’s existing sports coverage in Scotland or Northern Ireland.

The launch of the scheme comes after a number of recent developments affecting regional sports journalism.

Last month Reach plc announced it was recruiting 10 new sports journalists amid the launch of a new Liverpool FC fan website called Liverpool.com, which will be aimed at USA-based supporters.

The company has previously launched dedicated websites to the sport including Football.London and Football Scotland.

US-based sports website The Athletic is also due to launch a UK version in the coming weeks, with a clutch of leading regional sports journalists  set to join.