A daily newspaper has unveiled its new football “dream team” as regional titles continue to replace journalists who have joined The Athletic.

The Liverpool Echo has appointed Paul Gorst as its Liverpool FC correspondent following the departure of James Pearce for the recently launched paid-for sports website.

The Echo has also announced Ian Doyle has been promoted to chief Liverpool FC writer.

Paul is a native of Liverpool and has supported the club since childhood, while Ian has covered the team for more than 20 years. 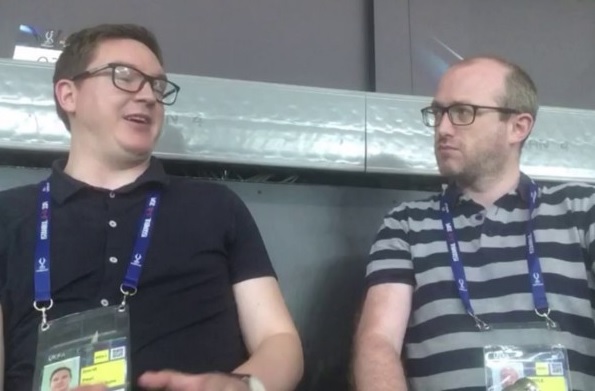 Paul said: “If you follow football on Merseyside, you will know just how important the Liverpool FC correspondent’s job is viewed by Reds supporters in the area, and — as social media’s explosion confirms — around the world also.

“It has long been an ambition of mine to follow in the footsteps of the likes of Chris Bascombe, Tony Barrett and my predecessor James Pearce — to name just three — to one day become the Echo’s LFC reporter. I am beyond delighted to have been given the chance to do just that.

“With the coverage of football shifting and changing seemingly by the week, the role brings fresh challenges and the job goes far beyond the writing of traditional match reports and manager quotes in 2019.

“The job is now effectively an all encompassing, one-stop shop for fans to get their daily LFC fix and I can’t wait to truly get stuck into the role and try and maintain its lofty standing in the sports journalism industry. It’s a dream come true.”

Joe Rimmer, sport audience editor for the Echo, added: “Paul is an excellent writer and exciting young journalist who can help spearhead our Liverpool coverage for years to come. He’s somebody who understands the club inside out, having been brought up in Aigburth and supported the team since he was a child.

“He’s also well liked and respected by supporters and is building a reputation as a go-to guy for Reds fans around the world.

“Ian is one of the most respected reporters on Merseyside, having covered Liverpool for over 20 years. He’s one of a select few journalists who can claim they’ve covered Liverpool in almost every major final during that time and has worked on some of the biggest LFC stories the Echo has ever covered.

“He’ll drive agenda with hard hitting comment on everything, LFC and be at the heart of every story surrounding the club. Together, Ian and Paul are our LFC dream team and we’re delighted to have them working together for the seasons to come.”