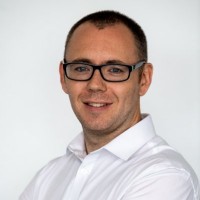 Two more football writer appointments have been made to replace journalists who left regional titles to join paid-for sports website The Athletic.

David has worked on the sports desk at the Archant-owned titles since 2013, having previously joined the company as a trainee news reporter in 2010.

Meanwhile Graham Smyth, pictured, has been appointed chief football writer at the Yorkshire Evening Post, taking over from Phil Hay.

Graham joins the Leeds-based daily from JPIMedia sister titles the Derbyshire Times and The Star, Sheffield where he was responsible for covering Chesterfield FC.

Phil and Michael were among a total of 12 regional football writers were poached to join The Athletic which launched last week with a 57-strong editorial team.

Other recent job moves in the regional press and related sectors include:

* Paul Foster, programme leader for journalism at Highbury College, in Portsmouth, has taken up a new post as lecturer in journalism at the neighbouring University of Portsmouth. A former deputy news editor at Portsmouth daily The News, Paul had held his role at Highbury since March 2016.

* Grace Witherden has been promoted from news editor to deputy editor at Baylis Media titles the Maidenhead Advertiser and Slough & Windsor Express.

* Lauren Brown has been appointed content editor for Cambridgeshire Live, having moved from the role of staff writer at People Management.

* Tom Pyman has been promoted from senior reporter to chief reporter at the Kent Messenger.

* Charlotte Ikonen has been made news editor of Brighton daily The Argus, replacing Joe Riddle who is now assistant UK news editor at MailOnline. Charlotte has previously freelanced for the Daily Star and Evening Standard.

* News agency SWNS has taken on Ashley Pemberton from the Goole Times and Selby Times as a news reporter in its Leeds office.

* Paul Wilson has stepped up to become news editor at The Scotsman and Scotland on Sunday having previously served as deputy news editor at the two JPIMedia titles.

* Katy Hallam has been promoted from chief reporter to head of content at the Coventry Telegraph.

* Kirsten Rawlins has become digital content manager at the Shropshire Star and Express & Star having previously served as online entertainment editor. She will continue to write features and celebrity interviews for both papers and their websites.

* David Allison has joined the NHS’s North of England Commissioning Support Unit as a communications officer. He was previously a senior reporter with JPIMedia’s Sunderland Echo, Shields Gazette and Hartlepool Mail.

On the move or changing roles yourself? Let us know at editor@htfp.co.uk or via @journalism_news on Twitter.