A city edition of a regional daily has ceased publication after 44 years – three months after its former publisher was taken over.

Newsquest has confirmed the closure of the Chester edition of The Leader, first launched as an evening title in 1973 before later moving to morning publication.

Earlier this week HTFP revealed that Newsquest has launched a voluntary redundancy scheme for staff working on the former NWN Media titles, with all areas of the editorial department to be considered.

The Leader is based in Mold, and its Wrexham and Flintshire editions will continue to be published. 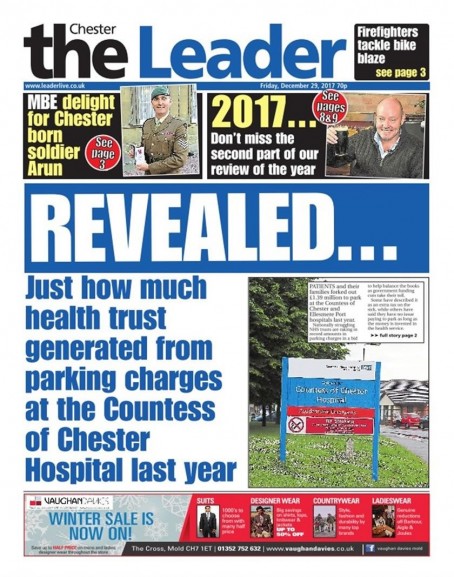 The final edition of the Chester Leader

Chester is still served by The Leader’s sister weekly, the Chester Standard, as well as TM’s Chester Chronicle.

“However, The Leader will continue as a daily edition serving both Wrexham and bordering Flintshire markets.

“We will continue to provide local Chester related content via the Chester Standard – the area’s market leading publication with over 48,000 copies distributed across the city each week.”