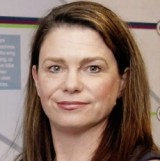 Job cuts are set to be made at a series of newspapers recently bought by Newsquest after staff were invited to apply for voluntary redundancy.

Newsquest has launched a VR scheme for staff working the former NWN Media titles which were taken over by the regional publisher last September.

Newsquest has declined to mention how many redundancies it is aiming to make through the programme, but says all areas of the editorial department will be considered.

The plan was revealed in a memo to staff, which has been seen by HTFP, from Newsquest North Wales group editor Susan Perry, pictured.

Susan, whose appointment to the role was announced last week, said: “The Company is to consider a reduction in editorial staffing numbers, in line with the recent changes to the print portfolio and pending rollout of new editorial systems, which will significantly improve workflow.

“In the first instance, we are today commencing a voluntary redundancy programme, which will remain open until close of business on Friday 19 January 2018.”

“All areas of the editorial department will be considered however, please note that the Company reserves the right to refuse an application based on the future needs of the business.

“If we fail to receive the required number of volunteers it may be necessary to move to a compulsory selection for redundancy. If this proves to be the case, we will provide you with details of the proposed selection criteria before the selection process is initiated. If you have any questions in the meantime, please let me know.”

The opening of a voluntary redundancy scheme echoes a similar move made by Newsquest at the Isle of Wight County Press in November.

The County Press had been bought by Newsquest in July.

Since Newsquest’s takeover of NWN, the company has made redundancies in its advertisement creation department, based at Mold, with 20 roles understood to have been put at risk.

A Newsquest spokesman said: “As a result of introducing more efficient systems into NWN Media, we are considering voluntary redundancy applications from editorial employees who may be interested in this. This forms part of our plan to ensure NWN Media has a sustainable future.”