An MP has urged a regional publisher to reconsider its decision to close a weekly newspaper edition which covers his constituency.

Newsquest has confirmed it has ceased publication of the Frodsham & Helsby Standard, a change edition of the Chester Standard.

The Standard was one of the titles purchased by Newsquest as a result of its takeover of independent publisher NWN Media in September last year.

The last Frodsham & Helsby edition appeared on 8 February, and Weaver Vale MP Mike Amesbury says he has now written to Newsquest North West managing director Nick Fellows in a bid to get the closure reversed. 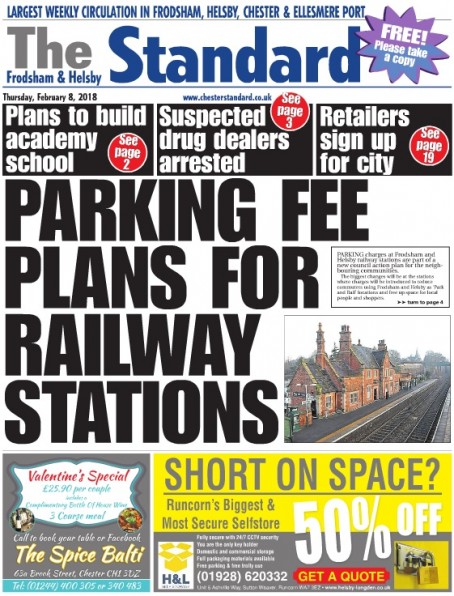 However, Newsquest says it has yet to receive any correspondence from the Labour MP, whose constituency covers both Frodsham and Helsby.

Mr Amesbury said: “Local newspapers are a pillar of our communities and are a crucial component of holding local politicians and public bodies to account, they also provide a valuable voice for residents to speak out on important issues that impact on them.”

The Standard previously had separate Ellesmere Port, Bromborough and Neston & Heswall editions, but households in Bromborough and Heswall now receive a free copy of Newsquest paid-for title the Wirral Globe instead.

Newsquest closed the Chester edition of neighbouring daily The Leader in December, while “advanced talks” are currently taking place to sell another former NWN title, the Shrewsbury AdMag, to the Midland News Association.

A Newsquest spokesman said: “We have removed the Frodsham & Helsby edition of The Standard, following a review of the North Wales publishing business.

“This is a decision based on the sustainability of the title alongside its positioning as a ‘change edition’ to the Chester Standard. We will continue to review more viable options for print publishing in these areas in due course.”