A regional publisher has rebranded a weekly newspaper following the closure of a rival title.

Newsquest has announced the South Wirral Standard will now be known as the Ellesmere Port & Neston Standard, in what the company has described as a “sensible repositioning of brand”.

The free title’s distribution will also increase to more than 26,800 copies following the switch.

The Standard previously had separate Ellesmere Port, Bromborough and Neston & Heswall editions, but households in Bromborough and Heswall will now receive a free copy of Newsquest paid-for title the Wirral Globe instead.

The last edition of Trinity Mirror paid-for weekly the Ellesmere Port Pioneer was published on 27 December after 97 years in print. 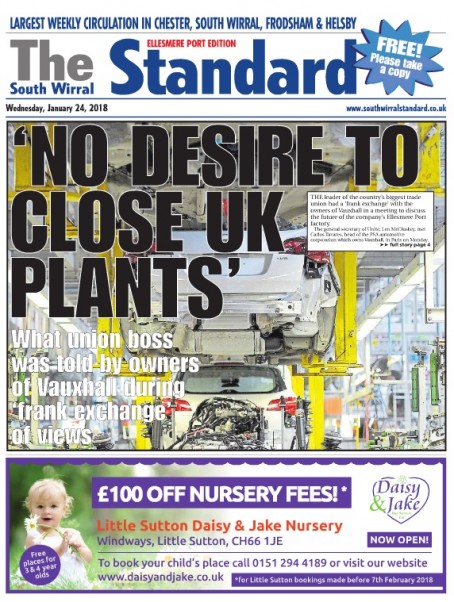 Both The Leader and the South Wirral Standard were acquired from NWN by Newsquest in September last year.

The company also runs weekly title the Chester Standard, which was also bought from NWN.

Nick Fellows, managing director of Newsquest North West and North Wales, said: “This is a sensible repositioning of brand and distribution investment, whilst ensuring the people of Ellesmere and Neston continue to retain a local news offering.

“Our combined audience offering across Ellesmere Port, Chester and Wirral markets presents advertisers with a fantastic reach potential, in both print and online form.”