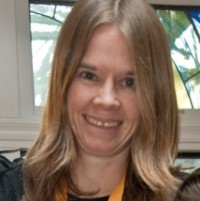 A regional publisher is searching for up to two new editors as one serving news chief prepares to leave the business.

Archant has launched a search for either one group editor or two senior editors in the South-West of England.

The search comes after the company confirmed Vicky Angear, who edits the Weston Mercury and North Somerset Times, will be leaving the business.

Vicky, pictured, had run both titles since last February and has worked for Archant for 14 years.

The jobs are  currently being advertised on HTFP, and the successful candidate or candidates will report to senior group editor Michael Adkins.

As well as the Mercury and Times in Somerset, Devon titles the Sidmouth Herald, Midweek Herald and Exmouth Journal fall under Archant’s West Country portfolio.

The latest move follows an eventful few months for Archant in the region.

Since then, the company has launched and subsequently sold the Torbay Weekly, now in the hands of Clear Sky Publishing, a company led by Archant’s former executive chairman Simon Bax, along with the North Devon Gazette and Exeter Life magazine.