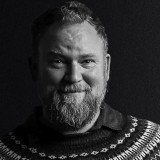 Two editors are among nine journalists being made redundant in a “radical” restructure affecting a series of weekly titles which will also see three new roles created.

Archant has introduced changes at its Devon titles including the Sidmouth Herald, Exmouth Journal and Midweek Herald, with South-West group editor Jim Robinson and Devon editor Andrew Coley leaving the business as a result.

HTFP understands that in addition one sports editor, one sports reporter, one photographer, three patch reporters and a chief reporter are being made redundant across the company’s Devon operations.

In their place, three new community editor posts will be created – one covering each of the three titles.

The Devon restructure was under way before last week’s announcement that Archant is now under new ownership.

London-based investment firm RCapital has taken a 90pc share in the Norwich-based business with responsibility for the pension scheme being taken over by the government’s Pension Protection Fund.

According to an internal email seen by HTFP, the three Devon weeklies are now set to become ‘good news’ titles along the lines of the Torbay Weekly, launched earlier this year in a partnership between Archant and former Torquay Herald Express editor Jim Parker.

The email states: “We are proposing a radical restructure of the East Devon content operation based on the Torbay community content model by creating three community editor roles…supported by a mix of contributed content from the communities we serve.”

Andrew has spent more than 25 years with Archant in roles including print editor, associate editor and content editor. He was promoted to his current post last year.

Jim, pictured, joined the company in 2018 having previously run the Luxembourg Times, an English language newspaper for the tiny European state.