Editor to head up five weeklies after swapping Newsquest for Archant 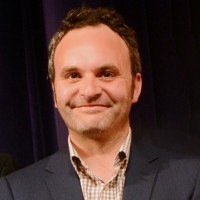 An editor is set to head up five Archant weeklies after his departure from Newsquest, it has been announced.

Paul Jones has been unveiled as the new group editor for Archant’s South-West portfolio, where he will oversee the Weston Mercury and North Somerset Times, as well as Devon weeklies the Sidmouth Herald, Midweek Herald and Exmouth Journal.

Earlier this month it was revealed that Paul would be leaving Newsquest, where he edited the Somerset County Gazette, Bridgwater Mercury, Burnham & Highbridge Weekly News and Chard & Ilminster News.

Archant launched the search for a group editor in the South-West of England after confirming the departure of Vicky Angear, who ran the Weston Mercury and North Somerset Times, in September.

Paul, pictured, said: “I’m delighted to be joining Archant at what is such an exciting time, not only for the Somerset and Devon titles, but for our industry as a whole.

“It’s particularly exciting for me to be able to continue my career here in the South-West, showcasing the best of a region with so many amazing stories to tell and that I am so passionate about representing.”

Archant has also announced that former Sidmouth Herald reporter Philippa Davies has rejoined the company after a spell covering Sidmouth for Nub News, while trainee reporter Adam Manning has also been recruited.

“His strong digital experience alongside his passion for newspapers makes him the perfect fit for Archant where building loyal, engaged digital audiences and making our newspapers the best they can be are equally valued.

“Paul has impressed during his time with Newsquest in Somerset and will make the transition with plenty of local knowledge, contacts and ideas.”

Archant is currently advertising several editorial jobs, which can be found on HTFP here.

Michael added: “We’re keen to hear from potential employees who are passionate about journalism and have the talent to join our teams of dedicated reporters and editors in various roles across the country.”

Newsquest is also recruiting a replacement for Paul, and the job is being advertised here.