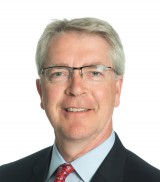 A regional publisher is selling three titles to a company led by its former executive chairman.

Archant has announced the sale of the Torbay Weekly and North Devon Gazette newspapers, as well as Exeter Life magazine, to Devon-based company Clear Sky Publishing.

Clear Sky has been formed by Simon Bax, pictured, who was Archant’s executive chairman until last year, along with Torbay Weekly managing director Chris Coward.

Torbay Weekly editor Jim Parker, who is also a previous editor of the Torquay Herald Express, will serve as the company’s editor-in-chief.

Despite the sale of the titles, Archant says the two organisations will continue to “work closely together to enhance the provision of local media in the region”, with Clear Sky committing to launching new online and print brands utilising Archant’s digital marketing and advertising expertise.

Archant chief executive Lorna Willis said: “The intention is to build on the strong local connections of Clear Sky and be able to offer local and national advertisers an exceptional service across print and digital platforms giving them the best of both worlds.

“We will work closely together to introduce new features and services that will benefit our readers, customers and the communities that we collectively serve.”

Archant launched the Torbay Weekly last year with Jim, who was editor of the Reach plc-owned Herald Express for nine years until the summer of 2018, and Chris, also a former Reach executive.

Said Chris: “Just over a year ago, during the first lockdown, Archant supported the launch of the Torbay Weekly, a paper that provides information that is important to the community and that is written by and for that community.

“Our plan is to expand that concept within Devon.”

Added Jim: “Launching a newspaper and local news operation right at the start of the worst pandemic in history has not been without its challenges. But the feedback and support we’ve had for the Torbay Weekly and its unique community content model has been fantastic – from readers and commercial clients alike.

“We now enter the next leg of our exciting journey where we hope to deliver more rich and engaging content both in print and online to an expanding audience and marketplace, both editorially and commercially.”

Simon spent six years with Archant before his departure as chief executive in December 2020.

He said: “Chris Coward and Jim Parker have created a strong, dynamic local brand in the Torbay Weekly and we believe there is a massive opportunity to build on that in North Devon and to invest in a complimentary online offering in both areas with the support of Archant.

“Clear Sky’s mission is to deliver useful and inspiring content to the local communities that it serves and to help local businesses thrive.

“It will be able to call upon the resources and expertise of Archant to supplement its local focus.”