Reporting Excellence: The journalists who made a difference in 2020

Regional journalists this year have faced a challenge like no other.

They have covered their communities in the face of restrictions which have limited their physical ability to meet each other in newsrooms, let alone meet up with contacts, and done so amid an ever-looming menace of abuse and threats being aimed at them through their computer screens.

While the coronavirus crisis has denied those in the regional press and beyond the freedom to work as they would choose, it has also been used as an excuse to deny reporters the freedom to hold authorities to account.

Journalists and newspapers have faced criticism for exposing wrongdoing and publishing important health information during the pandemic from political and health authorities. 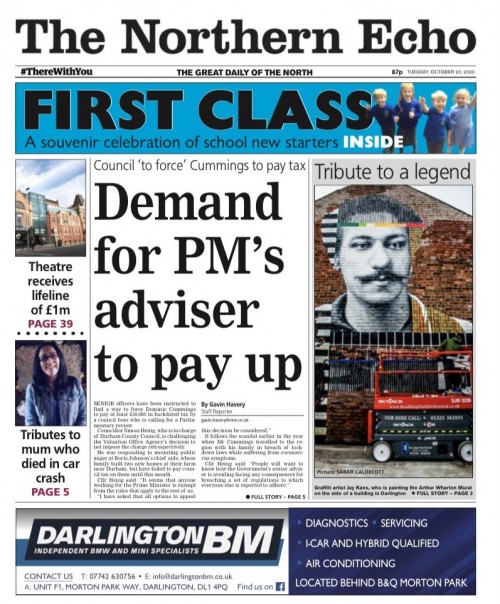 Examples of this include hospital porters being threatened with the sack for raising safety concerns with the Derby Telegraph, and the Basingstoke Gazette being publicly criticised by the NHS for reporting a whistleblower’s account of alleged negligence relating to the Covid-19 outbreak.

The virtual nature of many council meetings has made it all too easy to block the attendance of local reporters, but they have still fought to scrutinise those in positions of power across the country.

And, while the crisis affected the way our criminal justice system has operated, diligent court reporters continued to fight and win battles to give their readers the right to know the names of dangerous offenders.

Whether from kitchen tables, front room settees or elsewhere, those working in the regional press have continued to run the investigations and break the exclusives that really matter in their communities.

As always, HTFP has covered many examples of top reporting over the past 12 months via our Reporting Excellence channel, set up specifically to highlight great work by local press journalists and the vital contribution made by regional media in holding public authorities to account.

Here, as part of our series of pieces looking back at the year, are ten examples of Reporting Excellence we have found in 2020:

Bethany Papworth was in her first week at the Basingstoke Gazette when she won the right to name Elliott Dennison, who shot teenager Danny Stevens and left him paralysed after a row.

Foreign Secretary Dominic Raab was taken to task about an exclusive by Gloucestershire Live local democracy reporter Leigh Boobyer when broadcaster Andrew Marr used it to take the government to task on its coronavirus strategy.

Nurses had parking fines totalling hundreds of pounds rescinded thanks to the intervention of Sheffield daily The Star.

Hospital bosses were forced into action after the Derby Telegraph revealed claims by porters at the Royal Derby Hospital that they had been left to eat their meals in corridors and store their belongings in rubbish bins.

Government told to apologise over implant ‘scandal’ thanks to regional journalist

Kilbryde Hospice was saved after an appeal by the East Kilbride News resulted in a £50,000 funding boost.

Lancs Live social affairs reporter Tom Earnshaw received industry support after both politicians and fellow journalists attacked his scoop about new coronavirus restrictions which was published before they were officially revealed.

Selby Town FC reversed its decision to sign a convicted domestic abuser after the Yorkshire Post’s Susie Beever revealed he was still on licence for his crime.

The Northern Echo revealed Dominic Cummings may be forced to pay a potential tax bill of at least £30,000 as a result of its investigation into the matter.

Weekly stands by Covid-19 whistleblower after criticism from health bosses

The Basingstoke Gazette stuck by an anonymous frontline medic at Basingstoke and North Hampshire Hospital who came forward to give an account of alleged negligence relating to the coronavirus outbreak – despite the resulting story being publicly criticised by the NHS.