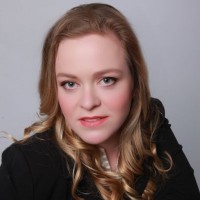 A weekly newspaper has named a gunman after a trainee reporter successfully challenged a reporting restriction on her third day in the job.

Bethany Papworth was in her first week at the Basingstoke Gazette when she won the right to name Elliott Dennison, who shot teenager Danny Stevens and left him paralysed after a row.

Bethany, pictured, was at Winchester Crown Court attending the part-heard hearing of the trial of two people accused of assisting Dennison, who was 16 at the time of the incident and 17 when his own case was heard last year.

At the hearing, it was argued that a further Section 45 reporting restriction needed to be put in place to protect the identity of his 52-year-old aunt Samantha Binfield, one of the two defendants in the case, so as to keep Dennison’s own identity secret.

But the discussion alerted Bethany, who after speaking to Gazette editor Katie French wrote a note to the judge to challenge restriction as Dennison has now turned 18.

Judge Parkes then granted the newspaper the freedom to reveal the youth’s identity at Wednesday’s hearing.

Bethany told HTFP: “On my third day at the Gazette, I attended a court case where it became apparent reporting restrictions were in place to protect the anonymity of Elliott Dennison in a separate trial involving his aunt.

“There was talk of imposing a further reporting restriction to protect her identity amid concerns about identifying him.

“However, as he had turned 18 and after discussing it with my editor, we felt this was unnecessary.

“I wrote a note to the judge and he addressed me in court to say reporting restrictions had been lifted and the Gazette could name Elliott Dennison.”

Katie added: “Our challenge was based on the principal that Dennison is no longer a youth.

“This was a serious crime that left a teenager severely disabled and as a matter of public record, it is right that Dennison’s identity has now been revealed.”