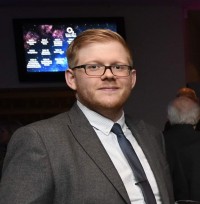 A journalist who was criticised after running a scoop about new coronavirus restrictions on his patch has been proved right following a government announcement.

Industry figures had rallied round Lancs Live social affairs reporter Tom Earnshaw, pictured, after he exclusively revealed yesterday that new measures aimed at tackling the spread of Covid-19 were to be introduced across most of Lancashire.

This lunchtime Health Secretary Matt Hancock confirmed new restrictions, affecting most parts of Lancashire, would be enforced from this coming Tuesday.

In a post accompanying the link, Mike wrote: “When reading articles like this, it’s worth remembering that the circumstances are changing so rapidly that nothing is guaranteed until there’s an official announcement.

“Anything before then is speculation. If you want the facts, stick with BBC Lancashire.”

Both Cllr Rawlinson and Mike’s comments were criticised by industry figures including Alison Gow, Reach plc’s audience and content director for the North West.

“Total lack of professionalism. Just be faster at getting the story yourself.”

Marc Reeves, Reach’s marketplace publisher for the Midlands and Wales, added: “What an extraordinary statement from a political journalist – has he not seen the daily confusion sown by contradictory and confusing ‘official announcements’ from this government?”

“I am surprised the BBC would descend to trolling such a talented and dedicated team.”

And University of Central Lancashire journalism lecturer Andy Sykes, former deputy editor of Blackpool daily The Gazette, wrote: “This does not reflect well on you Mike.

“By all means call out nonsense media bot sites but Lancs Live, and [Tom] in particular, are unworthy of such public discourtesy.”

Tom correctly reported the restrictions would affect most areas of Lancashire.

Blackpool was not included in the announcement despite sources earlier saying part of the town may be made subject to fresh measures.

The restrictions will forbid residents from socialising with members of other households outside of their support bubbles in residents’ homes and private gardens, while hospitality for food and drink will also be restricted to table service only.

“We only publish stories which have been through a thorough process, and multiple sources.

“Reporting on what our well-placed sources say they expect to happen helps readers plan for what might happen. It is a service we are regularly told is very helpful.

“Lancs Live has the largest audience of any media in the county. We will continue to work with readers to present stories in the way they tell us they find useful.”