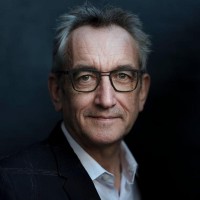 Journalists at two sister titles have been warned of “imminent attacks” against them – including a planned under-car booby trap.

According to INM-owned daily the Belfast Telegraph, a number of reporters were visited by police officers in the early hours of Friday morning with warnings of imminent attacks.

At least one journalist was told of a planned under-car booby trap attack.

The Police Service of Northern Ireland is taking the threat seriously and officers have been in contact with the journalists concerned, and police have confirmed to the Bel Telthey are “in receipt” of information that indicates a planned and co-ordinated campaign of intimidation.

It is understood the threats emanate from the breakaway South East Antrim UDA.

INM publisher Peter Vandermeersch, pictured, said on Friday: “We will, of course, work with the police to ensure our staff’s safety. Threats against journalists should not be tolerated in any free society.

“Today marks the 75th anniversary of the defeat of Nazi Germany and an important element in that victory was ensuring freedom of speech for subsequent generations.

“It is depressing that thugs still believe they can silence the press through intimidation. The Sunday World and Sunday Life will continue to publish stories that shed light in dark corners.”

HTFP reported last month how PSNI was investigating a dissident Irish republican plot a journalist at the Irish News, another Belfast-based daily.

Seamus Dooley, NUJ assistant general secretary, said of the latest thtreats: “This threat is being taken seriously by the PSNI, by the company and by the staff.

“This is an extremely worrying development and will be viewed with great concern by all journalists in Northern Ireland.

“Free press is a corner stone of democracy and it is essential that journalists are allowed to work without fear or intimidation.

“The threat comes in the week in which we celebrate World Press Freedom day and it is a stark reminder of the intimidation that workers throughout the world face from those who fear the consequences of journalism.”