Detectives probe plot to attack journalist in their own home

Police are investigating a “vicious” and “repugnant” threat to attack a journalist in their own home.

It is understood police visited the journalist, who works for the Irish News, to notify them that there was a dissident Irish republican plot to attack them.

The Police Service of Northern Ireland is now investigating the matter.

Noel Doran, editor of the Belfast-based daily, has condemned the “repugnant” threat against the unnamed journalist. 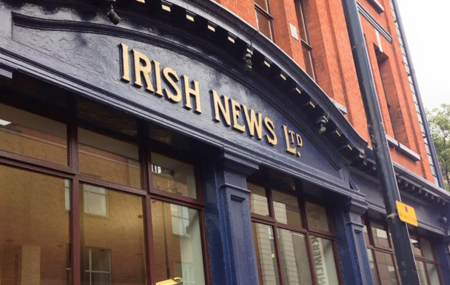 He said: “A warning from the PSNI about a plan to physically attack a journalist at their home in the middle of the pandemic crisis is an appalling development.

“After discussing the case with a senior officer, I am satisfied that it is being treated very seriously by police.

“Our staff will not be deterred from carrying out their duties at any stage and I would call on those behind this threat to withdraw it without delay.”

The PSNI told the News it did not discuss the security of individuals and said “no inference should be drawn from this”.

A spokesman for the force added: “However, if we receive information that a person’s life may be at risk we will inform them accordingly.

“We never ignore anything which may put an individual at risk.”

The threat has been condemned by the National Union of Journalists.

Séamus Dooley, NUJ assistant general secretary, said: “Vicious threats against journalists, by any group, at any time, are disgraceful. It is shocking this threat has been made at a time when the NHS staff are trying to save lives and help the vulnerable in our society.

“While the coronavirus is causing immense physical, mental and financial suffering; those behind this despicable threat have issued it in the hope of silencing a specific journalist and journalism in general.

“Let the message be loud and clear to them – all NUJ members condemn this threat and the union will continue to offer the journalist affected our full support and assistance. The NUJ demands that those issuing this threat lift it immediately.”