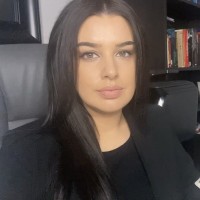 A journalist is lodging an official complaint over what she says is police failure to investigate a threat to rape her newborn son.

Patricia Devlin has announced she is taking the action against the Police Service of Northern Ireland today with the backing of solicitors KRW Law, Amnesty International and the National Union of Journalists.

HTFP reported in June how Patricia, who won the News Reporter of the Year and the Scoop of the Year titles at the 2014 Regional Press Awards, had opened up on numerous threats she had received over the previous 18 months – including one of rape against her baby boy.

She complained to PSNI about the threat against her son, which was sent by direct message to her personal Facebook account in October 2019, and even named the suspect she believed was responsible.

But she is now lodging the complaint with the Police Ombudsman of Northern Ireland over PSNI’s investigation into the incident, saying she is “frustrated by their lack of action to investigate adequately or even bring the suspect in for questioning”.

The Belfast-based journalist has written numerous articles for the Dublin-based Sunday World exposing criminality and its impact on communities in Northern Ireland, which she believes is linked to the threats she has received.

Patricia, pictured, said: “Because of my job as a journalist, exposing criminals and paramilitaries, I have been on the receiving end of threats of violence and death threats for years.

“In Northern Ireland, that now seems to go with the territory where press freedom comes at the price of constant and repeated threats to journalists.

“But, when I received a threat to rape my new-born baby, also identifying my grandmother and the location of where the sender believed she lived, I had enough.

“I reported the threat to the PSNI and was even able to name the individual I suspect was behind the threat.

“The police have had this individual’s name all this time, yet, a year on, no-one has been brought in for questioning, never mind arrested. Meanwhile, the police have given me a constantly changing and contradictory story as to why they have not acted.”

Patricia added it was “not acceptable for journalists to have to live under this sort of constant threat, to themselves and their families, simply for doing their jobs”.

She said: “That is why I am making this complaint to the Police Ombudsman today.

“Not just for me, but for all the reporters who have been receiving these threats, without anyone being held to account. This has to stop.”

Her solicitor Kevin Winters said: “For a year, the police have had more than ample evidence to arrest the individual identified right from the start.

“Explanations provided to date as to why that has not happened border on the farcical. It is incredible that even a letter of complaint earlier this year to the Chief Constable himself has failed to have any impact.

“There has been a systemic failure by the PSNI to advance the investigation expeditiously and meaningfully. My client has been left with no choice but to bring this complaint to the Police Ombudsman.”

In May this year Patricia and a number of other colleagues at Sunday World and Belfast’s Sunday Life, for which she used to work, were also warned of a blanket threat against them.

NUJ general secretary Michelle Stanistreet said: ​ “That such despicable threats have been made is an outrage, but that the subsequent police investigation has been so ineffectual and flawed is also completely unacceptable.

“Facilitating impunity for those who choose to threaten, harass and attempt to silence journalists has a collective impact on the journalistic community, one which compounds the awful personal impact on Patricia and her family. The PSNI needs to get a grip and resolve this matter robustly.

“It is deeply disturbing that at a time when accurate and reliable news and information are needed more than ever, journalists are being increasingly targeted, threatened, abused and attacked.

“The NUJ has raised Patricia’s case and those of other members as part of its work on the UK government’s new National Committee for the Safety of Journalists to underline why urgent action is required to stamp out such harassment.”

Patrick Corrigan, Northern Ireland programme director of Amnesty International UK, added: “The threats sent to Patricia Devlin are totally abhorrent and are part of a wider climate of violence which is now undermining press freedom in Northern Ireland.

“Amnesty International has been watching with increasing concern the constant stream of threats being received by journalists in Northern Ireland, designed to shut down press scrutiny of criminal and paramilitary activity.

“The complete failure of the PSNI to properly investigate this case is totally unacceptable.

“We sincerely hope that this complaint to the Police Ombudsman will help concentrate minds in the PSNI and ensure diligence in bringing these criminals to account.”

A PSNI spokesman told HTFP: “We do not discuss the security of individuals and no inference should be drawn from this.

“However, if we receive information that a person’s life may be at risk we will inform them accordingly.

“We never ignore anything which may put an individual at risk.

“PSNI encourages anyone with a complaint regarding police actions to contact the Police Ombudsman.”