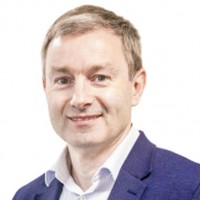 An editor has slammed an “outrageous” threat against a daily newspaper journalist which is being investigated by police.

The Police Service of Northern Ireland is probing a threat against a journalist working for the Belfast Telegraph and Sunday Life, which it is taking seriously.

The Bel Tel says the breakaway South East Antrim UDA, which was behind a spate of similar threats earlier this year, is being linked to this latest intimidation.

The journalist in question has been advised that “loyalist paramilitaries may intend carrying out an attack”.

Eoin Brannigan, pictured, editor-in-chief of the Bel Tel and Sunday Life, said: “This is the second time this year we’ve had our journalists threatened in this manner.

“It is outrageous that thugs are once again trying to silence a journalist doing their job. We are reassured that the PSNI is taking this threat very seriously.”

The threat has also been condemned by the National Union of Journalists.

“Yet again a journalist is faced with threats simply for doing their job.

“Earlier this year the NUJ, media organisations, political parties, trade union groups and a cross section of business and community groups united in support of reporters under threat from so called paramilitary groups.

“Our clear message today is the same as then: Threats and intimidation have no place in Northern Ireland and journalists will not buckle in the face of these tactics.”

Earlier this year the Bel Tel joined forces with rival Belfast dailies the News Letter and the Irish News in publicly condemning violence threatened against their reporters.