Ten more newspapers are to be closed by a regional publisher after they were deemed to be no longer economically viable.

JPIMedia has confirmed a series of title closures across the UK are to take place in the coming days and weeks – following recent revelations that The Buteman, Bucks Advertiser and Thame Gazette will cease publication this week.

Meanwhile the Burnley Express is to move from bi-weekly to weekly publication on a Friday with the current Tuesday edition axed.

JPIMedia says no jobs will be lost as a reasult of the closures. 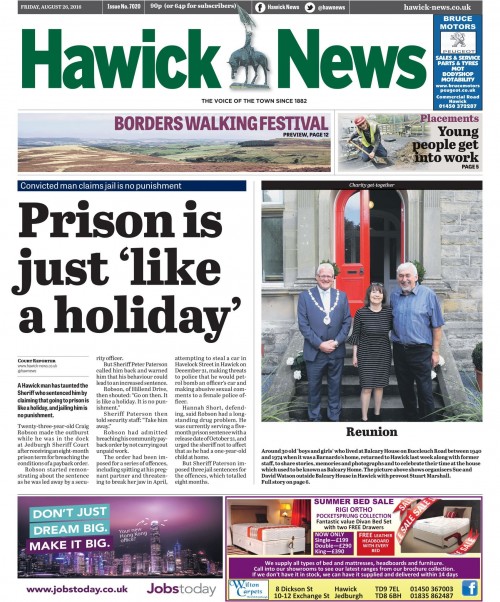 A JPIMedia spokesperson said: “The decision to close these titles has not been taken lightly, but it is crucial that we focus all our efforts on the long-term stability of the business and deliver newspapers and websites which can sustain our business for the long term.

“We would like to thank all our readers and advertisers for their support through the decades, and we hope they will understand why we have made this decision in these challenging times.

“We can also confirm that no jobs will be impacted by the closures.”

The Hawick News has faced a challenge in recent years from its former editor Jason Marshall, who had founded his own hyperlocal venture the Hawick Paper in 2016 after taking voluntary redundancy from JPIMedia forerunner Johnston Press.

On Friday Argyll Media announced it was launching the Isle of Bute News on 21 June following the closure of The Buteman.

Last month it was reported JPIMedia was sounding out advisers about launching an auction of parts or all of the business.

However, the company responded to the speculation by saying “nothing has been decided”.