An independent publisher has launched a new title in an area which lost its local newspaper last week after 147 years.

Chronicle Publications already publishes the Goole Times and Selby Times, and the new title will initially be produced by existing staff.

However, HTFP understands that if the launch goes well, it may lead to the creation of additional jobs within a few months. 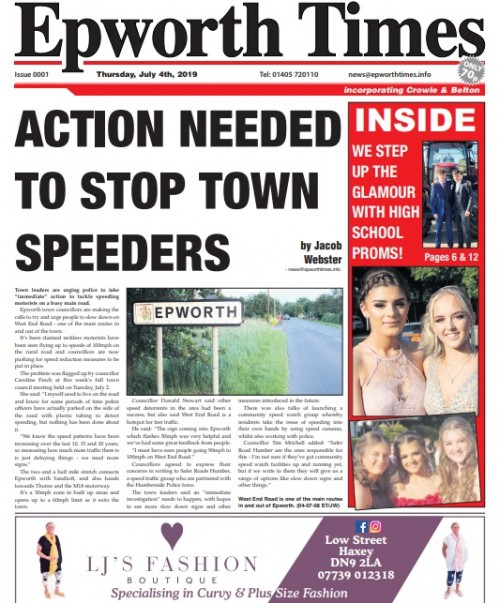 The launch by Chronicle Publications is the second time in recent weeks that an independent publisher has stepped in to replace a title previously axed by JPIMedia.

Following the closure of The Buteman last month, independent publisher Argyll Media Ltd has launched the Isle of Bute News to serve the island.

Editor Jane Rogers said: “The Epworth Times is being launched today in direct response to the need for a local weekly newspaper in the Epworth and Crowle area.

“The Goole Times already covers Crowle, so the launch of the Epworth Times is simply an expansion of our existing news patch.

“The current climate doesn’t often favour print titles, but we are determined to work hard to ensure that this new title is as successful as it can be.

“We are aware many titles are closing nationally, but we hope to build on our successes in Goole and Selby with this new title. We really want to become a part of the local community.”

The Bells, first published in 1872, was one of 13 JPIMedia titles to have ceased publication in recent weeks, including The Buteman, which served the Scottish Isle of Bute.

The Times will cover as far north as Garthorpe and as far south as Haxey, coming out every Thursday with a cover price of 70p.

“We hope to build on the success of today’s launch edition, and bring our new readers even more news and local coverage in the weeks to come.”