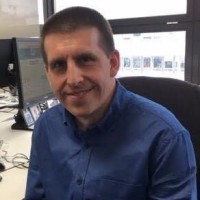 An award-winning sports journalist has moved from one regional daily to another as replacement for a chief football writer who left to join The Athletic.

Stuart Rayner, pictured, has left Newcastle-based daily The Journal after 14 years to take up the role with the Yorkshire Post following the departure of Richard Sutcliffe.

News of Richard’s departure for the subscription-based sports news website in August sparked an industry debate after Post editor James Mitchinson urged female journalists to apply for the chief football writer job – saying he wanted “a girl to have it”.

Stuart, who has served as regional football writer covering Sunderland, Newcastle United and Middlesbrough since March 2018, worked his last day at The Journal on Thursday.

Prior to taking up his latest Journal role, Stuart’s coverage of Durham County Cricket Club was instrumental in the title being named Regional Newspaper of the Year at the 2015 County Cricket Journalism Awards.

His 2016 book ‘The War of the White Roses’, which chronicled Yorkshire County Cricket Club between 1968 and 1986, was also shortlisted for the Cricket Writers’ Club Book of the Year Award the following year.

Posting on Twitter, he said: “Thanks to everyone who made it such good fun and to all of you who shared, commented, questioned and criticised on here.

“Next stop for me is @YPSport which I’m really excited about, but I’ll always look back fondly on this time.”