Journalist sexually assaulted on job ‘disheartened’ after speaking out 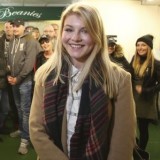 A regional daily journalist who spoke out about being sexually assaulted while working says she feels “disheartened” after being accused of fabricating the attack.

Susie Beever, left, breaking news reporter at the Huddersfield Daily Examiner, wrote a column detailing her experience of a man trying to rip open her shirt while she was conducting vox pops in the town.

The man also made “sleazy” and “vile” comments about Susie’s body while she was gathering tributes to a woman who had been found dead in the street.

However, when she went to report the assault to nearby police who were attending the scene, she says she was told there was nothing they could do.

Susie wrote the piece as part of the #MeToo campaign, which has seen women across the world detail their experiences of sexual harassment after multiple allegations were made against Hollywood film producer Harvey Weinstein.

But she has since been accused of fabricating the experience by readers commenting on her piece on Facebook, with one even attempting to justify their allegation with the claim that “journalists make stuff up all the time for a story”.

Susie told HTFP: “I was really disheartened to write this piece and still see comments from some suggesting I had invited the harassment, that it was nothing to whinge about, and that I was ‘probably lying’ because I am, and I quote, ‘a journalist that makes stuff up anyway’.

“All these comments only reinforced the point I was making – sexual harassment and assault is still not taken seriously. Reporters are often out and about and while the majority of people you meet are lovely, there is sadly the odd exception. No one has the right to make anyone feel unsafe when they are simply doing their job.”

In her piece, Susie described how the man had approached her with two friends while covering the job last year.

She wrote: “I was uncomfortable from the start. But dealing with difficult people is an unwanted yet inevitable aspect of journalism, so I carried on chatting and trying to bring the discussion back to the issue at hand.

“Instead this man kept pushing it, being sleazy and making vile comments about my body. Here I was, trying to collect tributes to a woman who had died in the most tragic of circumstances and have a serious conversation. I couldn’t believe the gall. And that’s when he grabbed my shirt and tried to rip it open.

“I immediately ran off and went to speak to police officers stood by the police tape at the scene, explaining what had happened. All I received in response was a shrug, and told there was nothing they could do. As I made my way back to the Examiner’s offices, I was cat-called several times. Although this tale will sound familiar to so many women, I recognise it pales in significance with other women’s experiences.

“In fact, I’ve put up with a lot worse from men on nights out myself. But this isn’t about me, or about whose story is worse. It’s about women everywhere having to put up with behaviour like this on a daily basis, no matter how grave or seemingly harmless.”

Susie concluded: “I shouldn’t have to be writing this column, but I am. Instead, I propose men speak out about other men harassing and assaulting women, rather than women sharing their own experiences after they’ve already happened.”