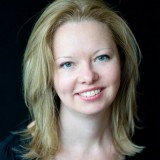 A regional business journalist says she was turned down for promotions and jobs earlier in her career because she rejected sexual advances from a former boss.

Yorkshire Post city editor Ros Snowdon, left, has spoken out about her past experiences of sexual harassment during her career in a column about sexism for the Leeds-based daily.

Ros has become the latest of several regional journalists to open up on the issue of sexual harrassment in the wake of the #MeToo movement.

Last year her YP colleague, associate features editor Catherine Scott, wrote of how she had been propositioned early in her career by a man “in a position of power” who was at least twice her age.

The incidents took place before Ros joined the Post when she was working as a researcher at the start of her career.

She wrote: “For women over the age of 40, sexism was rife when we were in our twenties. In my early career, my boss constantly pestered me.

“In those days you had to overcome it with humour and a firm slapping down. I told my boss that I wanted to get on in journalism, but wasn’t going to get there on my back. His response was: ‘That’s ok, you can go on top.’

“I missed out on several promotions and better job offers because I refused to “go on top”. Women have a right to say no.”

HTFP reported earlier this week how Oxford Mail editor Samantha Harman had hit out on Twitter after being subjected to “sexual and aggressive” abuse by men in recent days.

And prior to Catherine opening up on her past experiences last year, Huddersfield Daily Examiner reporter Susie Beever spoke out after being sexually assaulted while conducting a vox pop.

Ros told HTFP that following the initial incidents in her first job, she was subsequently overlooked for roles in TV and on a national newspaper when she declined to sleep with the boss.

Speaking about how her column has been received, Ros said: “The response has been great. Female journalists aged 40 or over have told me their stories which are very similar to mine.

“We all felt the same thing at the time – it was just part of life and you had to get on with it. The best way to deflect it was to make a joke about how little chance they had of getting you into bed.

“The response I’ve had from journalists in their twenties and thirties is one of shock that male journalists ever thought they could get away with that kind of behaviour.”