Second daily journalist speaks out about sexual harassment at work 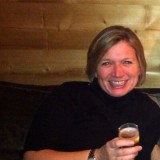 A second regional daily journalist has spoken out about sexual harassment while working in a bid to raise awareness of the issue.

Yorkshire Post associate features editor Catherine Scott, pictured left, has written of being propositioned early in her career by a man “in a position of power” who was at least twice her age.

Catherine’s revelation comes after Huddersfield Daily Examiner reporter Susie Beever said she had been left “disheartened” by reader comments following a column in which she opened up about being sexually assaulted while conducting a vox pop last year.

Both Susie and Catherine have spoken out as part of the #MeToo campaign, which has seen women across the world detail their experiences of sexual harassment after multiple allegations were made against Hollywood film producer Harvey Weinstein.

In her column, Catherine wrote: “The Weinstein revelations and the growth of the #metoo campaign show just how far we are from equality and just how difficult it is to tackle.

“And I speak from experience. When I was starting out in my career and just out of university I was propositioned by a man – at least twice my age – in a position of power. He took my rebuff of his advances, saying it was clear I didn’t feel the same way when he tried to kiss me.

“Looking back I wonder how many times his approach had been successful in other young women eager to get on in the world of media – or was I a one off, somehow I doubt it. On my return home I told my mum and my boyfriend, and we laughed it off as me surviving my ‘casting couch’ moment.

“But it is not a laughing matter and it could have had very serious consequences. I should have spoken up at the time, but I didn’t and that is something I regret. I didn’t pursue a career in that particular branch of our industry so I our paths never crossed and I put the incident out of my mind.”

Catherine said she had “no doubt” that more men will be “outed” as the #metoo campaign gains momentum.

But she also added a note of caution, saying we must be careful “not to demonise all men.”

She said: “It is about awareness. For men to be aware of how their comments and actions make a woman feel. And women have a part to play as well.

“To make it clear to the man that they are making them feel uncomfortable and their words or actions are not appropriate. I just hope that for my daughters they will never have to say #metoo.”

Catherine spoke out as women journalists set up a new group, the Second Source, designed to tackle harassment in the industry.

The group seeks to promote awareness, inform people of their rights, and work with companies to create change.

One of the organisers, Buzzfeed news editor Louise Ridley said: “Half of British women have been sexually harassed at work, according to a BBC Survey last month.

“This can’t go on. We’re excited to come together to do something to support journalists who have experienced harassment, and anyone in media who is concerned about it. We hope we’ll be joined by lots of others to use our talents to make a positive change.”