Interviewee threatened reporter after she rejected his advances 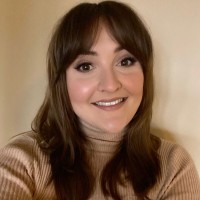 A reporter has revealed an interviewee threatened her after she rejected his romantic advances.

Derbyshire Times journalist Alana Roberts has opened up on the incident, as well as her battle for “respect and safety” at work.

After Alana, pictured, had interviewed the man concerned in person, he began sending her “inappropriate” messages on Twitter and trying to ask her out, before issuing the threat.

Her experience is the latest in a string of similar incidents to be faced by female regional journalists, including examples of sexual harassment and rape-related threats.

Speaking to HTFP, Alana said: “Luckily for me it was only after the fact on this occasion, meaning it wasn’t a face-to-face situation.

“If it had been, I believe I would have felt very different about the whole thing.

“It was a Twitter conversation, one which quickly turned from your usual ‘thanks for your time today’ to my interviewee saying inappropriate things and trying to ask me out, despite me shutting down each advance and trying to turn the conversation back to work once again.

“In the end I ended up just ignoring the messages and I think he got the idea.”

Alana did not report the incident to the police. “Perhaps I should have but again as it wasn’t in person I didn’t feel the need. I admit it left me feeling very uneasy and I worried about having to see the interviewee again for a long time after that,” she said.

“Luckily the situation never arose and it has just become one of those things I look back on.

“You always have those thoughts in the back of your head though, did I say something which could have been viewed in a different way?

“The same thing could happen to a male journalist but I think it’s more likely to happen to a female – and I believe it’s because many still don’t take women within the industry as seriously as their male counterparts.”

Alana first discussed the incident in a piece to mark International Women’s Day, in which she joined with female colleagues at the Chesterfield-based Times earlier this month to recall their experience of life as women in the newsroom.

She wrote: “In terms of the job itself, though great, being a female in a male-dominated industry is not easy. At times I’ve had to battle for respect and safety, even dealing with an interviewee who once tried to hit on me.

“It doesn’t always happen but it is something that can make you feel like they weren’t seeing you as a professional to begin with.

“Those are just some of the negatives but there have also been so many positives. I’m proud to be a female journalist, and I encourage other women to follow their dreams to break down these inequalities that still exist.”

Similar incidents covered by HTFP in the past 12 months include Mansfield Chad journalist Katrina Taylor and Hull Live writer Lucy Marshall, who both received abuse after going public about being the victim of sexual harassment.

We also reported on Natalie Higgins, the Harrogate and Yorkshire Dales reporter for Bauer Media’s Greatest Hits Radio, who received rape-related insults and other sexual threats after raising awareness on Twitter of the safety concerns faced by women.