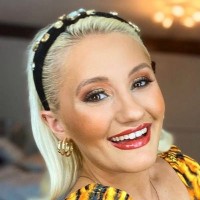 A journalist who was the victim of sexual harassment has hit back at abusers who accused her of lying after she went public about the experience.

Lucy Marshall opened up about her experience of being sexually harassed by a drunk man in a column for Hull Live.

But the piece’s publication prompted online commenters to claim Lucy, pictured, had only written it “for attention” and had lied about her experience.

In the column, Lucy revealed how she had recently been abused and harassed by a “drunken Stella-reeking man” while she waited for her order in a branch of McDonald’s.

She relayed how her abuser had at first approached a 15-year-old girl before she became his “next victim”.

Lucy, who is a life writer for Hull Live, wrote: “I moved away from him, making quite the point I didn’t want to speak to him. Yet he kept coming closer to me.

“When I say closer, well he was almost pressed up against me. But I didn’t want to cause a fuss as he had quite an aggressive tone, and well, the eye patch which looked like he’d been in a fight.

“His eyes were piercing at the back of me staring at my bum. Literally what could I do – not have a bum? If I turned the other way there he’d either try speak to me or make comments about another part of my body.

“There was no way out. Trapped in McDonalds. Starving. Horrified. Over it.”

The man, who was on a phone call to his friend while the harassment took place, then said he would “love to pin some of these birds in here down right now” and, in reference to Lucy, added: “She’s proper sticking her bum out this one.”

Lucy was almost “reduced to tears” as she tried to move away from the man, who then said: “Oh mate she’s a f****g t**t. Little t**t. If girls don’t want to be looked at then they shouldn’t wear short skirts should they.”

But, after the article was published, Lucy took to Twitter to hit out at further abuse she had received.

She wrote: “I wrote an article to highlight that such simple tasks for women such as paying for food can be ruined by being sexualised. Which happened to me.

“The amount of abuse I’ve had claiming I’ve lied and I’m doing it for attention proves exactly why women don’t want to speak out.

“I will continue to use my platform to raise awareness of such issues and hope people can show some compassion as not everyone can just ‘take it on the chin.'”