Journalist abused after opening up on sexual harassment she has faced 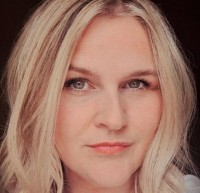 A journalist has faced abuse from readers after opening up about being “groped, kissed and grabbed” against her will.

Katrina Taylor, who works for the Mansfield Chad, was subjected to “unkind, personal comments” and victim-blaming after speaking out about the harassment she has faced both in person and in the world of online dating.

Katrina, pictured, wrote a first-person piece on the issue following the cases of Sarah Everard and Sabina Nessa in which she discussed multiple assaults she had been subjected to while on nights out.

But she received abuse after the article was published by the Chad, although some readers did come forward to thank her for going public on her experiences.

Katrina’s experience in the seventh case of reader abuse against female journalists HTFP has covered so far in 2021.

Speaking to HTFP about the article’s reception, Katrina said: “The response, on the whole, was a mixed bag.

“A number of people thanked me for writing about my experiences, whereas I did receive some unkind, personal comments which very much victim-blamed.

“While that’s a shame, it does just reiterate the importance of addressing these subjects.

“I think it’s vital to use my platform in the media to write about these kinds of subjects.”

Journalists including the Hull Daily Mail journalists Lucy Marshall, Aditi Rane and Bobbi Hadgraft, The Scotsman’s Laura Waddell, Daily Record associate editor Annie Brown and Greatest Hits Radio’s Harrogate and Yorkshire Dales reporter Natalie Higgins have all opened up on their experiences of being subjected to sexist – and in one case racist – abuse this year.

Like Katrina, Lucy was abused by readers after writing about an incident in which she was sexually harassed.

Last year, Yorkshire Evening Post editor Laura Collins said female journalists were “bearing the brunt” of online abuse aimed at those in the industry after herself being targeted in a social media attack.

In her article, Katrina relayed her past recollections of assaults on nights out.

She wrote: “I have been touched inappropriately, had hands put up my skirt and had to back away from unwanted advances from men who couldn’t seem to take ‘no’ for an answer.

“Fortunately, nothing more has ever happened while on a night out thanks to quick actions of door staff who are trained to spot these situations.

“Outside of the relative safety of pubs and clubs though, I have had similar encounters, meaning I now choose routes home carefully or get a taxi wherever possible.”

Katrina went on to recall her experiences in the “absolute minefield” of online dating.

She added: “I lost track of the times, as a single woman, when I politely rejected a man, only to be met with a barrage of abuse.

“‘You’re a fat sl*g, I only messaged you out of sympathy anyway!’ among other expletives.

“All because I wasn’t interested – if they act this way online it begs the question; what do they do in person?

“I do wonder, how have we got to a point where some men – although certainly not all – feel they have a right to act like this? When did we stop respecting each others’ boundaries?”