A regional daily journalist has revealed how sexist abuse caused her to shun media appearances talking about the football team she supports.

Bobbi Hadgraft, who writes for the Hull Daily Mail, has hit out at sexism in football after co-founding a campaign aimed at tackling the abuse faced by female fans.

Bobbi, pictured, has recalled being “seen differently” to her brothers while attending Hull City matches, while one male fan once claimed she and her mother went for “attention” and insisted it was “irresponsible”.

In a piece for the Mail’s sister website Hull Live, the 20-year-old has explained the impact such abuse has had on here. 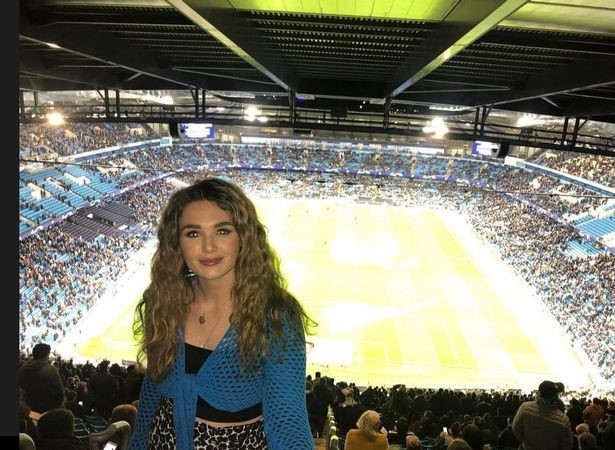 She wrote: “Comments I once brushed off started to hit home. Social media jibes amplified once subtle remarks and I started to doubt opinions I’d previously been confident in broadcasting.

“I loved hopping onto football podcasts, sharing my views on Sky Sports and I was even approached the opportunity to help redesign Hull City’s current crest.

“More often than not I now politely decline, as enthusiasm melts into apprehension.

“My spark has been dimmed by sexist remarks, predominantly on Facebook and Twitter. Where some have disagreed with my views the response has been directed towards my gender. Many are objectifying and condescending.

“Often, I’d tackle these alone in private direct messages and I’d notice other girls quietly tackle similar issues. These have been individually dealt with and, as echoed by thousands since Saturday, remain a frequent occurrence.”

On Saturday at 10am Bobbi shared a video she had contributed to with 11 other football fans from across the country highlighting the sexism they had encountered at games and online.

They have now launched the ‘Her Game Too’ initiative in order to raise further awareness of the problem.

Bobbi added: “The twelve girls involved are friends virtually connected through a shared passion for sport. The combined impact we had on Saturday was something none of us could have expected, but verifies the gravity of the issue highlighted.

“We’ve had encouragement from power-women in sports broadcasting, including Laura Woods, Emma Jones and Michelle Owen, who only recently has been subject to tirades of sexist abuse.

“A moving element of the last few days was seeing women speak up about their own experiences of sexist abuse. Men who are proud of their football-following daughters, their wives who brave all weathers to follow their club or their female friend who chairs the local supporters club also proudly paraded the hashtag #HerGameToo.

“Her Game Too’s onward momentum is powerful. We have enormous plans and an ethos that nothing will diminish this massive step towards being regarded as equal. Industry giants from across football are urging to magnify our message.”