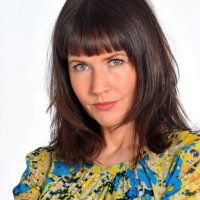 An editorial chief at a daily newspaper has hit back at social media abusers who branded her a “slag” and a “filthy gutter hack”.

Daily Record associate editor Annie Brown has opened up on the abuse she received on Twitter after she used the social media platform in an attempt to seek help about a leaky roof in her flat.

But Annie, pictured, revealed her query led to her being subjected to a barrage of insults.

She believes the abuse was sent her way because she had recently investigated claims a nursery had allegedly discriminated against the two-year-old daughter of Scotland’s Health Secretary Humza Yousaf.

In a column about the abuse, Annie wrote: “I was called a bitch, a witch, an independence collaborator (yep, they would shave my head if they could), a filthy gutter hack, a slag, a moron and a liar.

“None of this upset me in the least, until they called me middle class.

“When my commie mother hears that, she’ll launch her copy of the Ragged Trousered Philanthropist like a missile.

“Many journalists in Scotland suffer far worse, and far more regular abuse and vile vitriol is guaranteed to be levelled at anyone who happens to be BAME.”

She decided to respond to the online trolls, treating it as “something of an experiment, to see if it was humanly possible to reason with a troll”.

Annie added: “The answer is no and everyone else knew this.

“The trolls dedicate hours to pumping out lies and no matter how many indisputable facts are presented to them, they react like petulant children, fingers in their ears, screaming ‘not listening’.

“But trolls are hugely effective, and the likes and retweets tick forward frighteningly fast, while counter information which proves them wrong is ignored.

“There is no nuance of thought, no forensic treatment of evidence, no debate, only diatribe. The vast majority hide behind anonymity. So what is there but to make mischief.”

Speaking to HTFP about her experience, Annie said: “For a veteran journalist like myself, you learn to have a thick skin when it comes to this kind of thing but for some younger members of staff it can be quite a horrendous experience.