Society of Editors issues clarification amid backlash over racism denial 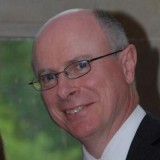 The Society of Editors has moved to respond to criticisms from journalists over its defence of the national tabloid press following the Duke and Duchess of Sussex’s television interview.

The SoE had been criticised by past and present regional journalists after it denied the UK media was “bigoted” following what it termed an “attack on the press” by Prince Harry and Meghan Markle.

During the interview, the Duke said: “The UK press is bigoted, specifically the tabloids.”

The claim prompted a stout defence of the tabloids from the SoE, with executive director Ian Murray saying the claim that sections of the UK press were racist is “simply untrue.”

In an interview with Victoria Derbyshire on BBC News yesterday morning, Ian described examples of racism in the British media as “a needle in a haystack”.

The board of the Society has now issued a statement of clarification after a number of regional and national journalists moved to disassociate themselves from its earlier remarks.

It read: “The Society of Editors has a proud history of campaigning for freedom of speech and the vital work that journalists do in a democracy to hold power to account.

“Our statement on Meghan and Harry was made in that spirit but did not reflect what we all know: that there is a lot of work to be done in the media to improve diversity and inclusion.

“We will reflect on the reaction our statement prompted and work towards being part of the solution.”

Posting on Twitter, former South Wales Argus editor Kevin Ward said: “I was a member of [the SoE] for many years and I’m a big supporter of its work, but its knee-jerk ‘none of the UK media is racist’ statement in response to Meghan and Harry on Oprah was ill-judged.

“Some parts of the national media are covertly racist and have been for decades.”

Paul Wiltshire, pictured, former deputy editor of the Bath Chronicle and now University of Gloucestershire journalism course leader accused the SoE of “outrageous overdrive” in a lengthy blog post on the subject.

While praising the SoE as a “wonderful”defender of the freedom of the press and a “passionate critic of those who seek to muzzle investigative journalism,” he said the society had brought journalists together in condemnation of its actions.

Wrote Paul: “As Chris Whitty and Sir Patrick Vallance updated MPs on the best way to beat covid, dozens of us were doing our own social distancing from a blunderbuss, tone deaf statement put out by the SoE in response to Meghan and Harry’s sit down with Oprah Winfrey.

“And confirmation that the society’s inability to read the room came a day later when its executive director Ian Murray endured a car crash interview with Victoria Derbyshire. This was a whole new orchestra of tone-deafness.

“That interview – like the statement before it – has done a disservice to our profession and the majority of the people in it.

“Defending the vast majority of journalists and journalism means acknowledging that some of what our trade does is unacceptable.”

Commenting on the Victoria Derbyshire interview, former Regional Press Awards winner Gareth Davies, who now works for the Bureau of Investigative Journalism, said: “This is so, so poor from Ian Murray. The inability to acknowledge there is any issue whatsoever is incredibly disappointing.”

Shirish Kulkarni, a community organiser at TBIJ’s local journalism project the Bureau Local, posted: “Genuinely distraught this morning. We work so hard to build a better, more inclusive and more representative journalism and then Ian Murray and [the SoE] just trample all over our work, our experiences and our lives.”

JPIMedia data and investigations editor Harriet Clugston said the statement was “particularly frustrating for those working in local journalism when readers’ opinions of the profession as a whole are tarred by a failure to hold certain sections of the national tabloid press to account.”

While not mentioning the SoE specifically, Yorkshire Post journalist Robyn Vinter said it was important for journalists to be clear “we are not all the same” in light of the interview.

She wrote: “Something that makes journalists’ jobs difficult is the hostility towards ‘the media’ from members of the public, which comes from a perception that we’re all the same.

“But today is one of those days that it’s important for journalists to be clear – we are not all the same. The work that I do and so many others do is nothing like the trash that some journalists produce and we shouldn’t have to pretend it is for fear of not being able to get work.

“As tedious and self-righteous as it might sound, being a journalist is an enormous responsibility and those of us who take that seriously shouldn’t allow ourselves to be tarred with the same brush as the journalists who think it’s a laugh or won’t look critically at the industry.”

National editors who have disassociated themselves and their titles from the SoE statement include Kath Viner of The Guardian, FT editor Roula Khalaf and HuffPost editor Jess Brammar.

And in a further development, more than 160 journalists of colour signed an open letter saying they “deplore and reject” the SoE statement.

It read: “The Society of Editors should have used the comments by the Sussexes to start an open and constructive discussion about the best way to prevent racist coverage in future, including through addressing lack of representation in the UK media, particularly at a senior level.

“The blanket refusal to accept there is any bigotry in the British press is laughable, does a disservice to journalists of colour and shows an institution and an industry in denial.”

In his original statement published on Monday, Ian said:  “The UK media has a proud record of calling out racism and also being at the forefront of campaigns to support mental health awareness, another of the issues raised by the couple.

“It is unreasonable for the Duke and Duchess to conflate the legitimate coverage provided by the edited and regulated UK media with the wild west of social media.