A second news title has withdrawn from this year’s Regional Press Awards as the fallout from the Society of Editors’ response to the Duke and Duchess of Sussex’s TV interview continues.

The Bristol Cable has joined the Yorkshire Post in announcing it will not be putting forward entries to this year’s event after the SoE issuing a strongly-worded statement on Monday denying claims by Harry and Meghan that the UK press was “bigoted.”

The response was criticised by both regional and national journalists and prompted the resignation of the Society’s executive director Ian Murray on Wednesday evening.

The SoE’s board issued a clarification on the same day as Ian’s resignation which pledged to “reflect on the reaction our statement prompted and work towards being part of the solution”, but the Cable revealed yesterday it would be boycotting the awards in protest at the original statement. 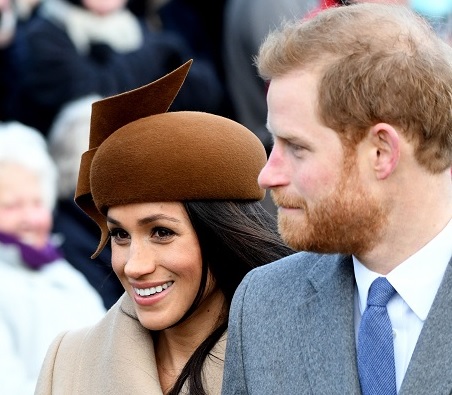 The Duke and Duchess of Sussex

In a message to readers, the Cable said: “Though the spark for the SoE statement and subsequent backlash was [Meghan] Markle’s interview, the reality is that implicit and explicit racism has long been present in parts of the British media, often cynically used to attract clicks and sales.

“Despite being regularly called out by campaigners and others, in most cases those bearing the brunt have been ordinary members of the public, who simply have not had the platform that the Duchess had to expose it.

“The failure by industry leaders to address this has real world consequences.

“For example on increasing hate crime, politics and policies that perpetuate racial injustice such as the ongoing discrimination in law enforcement, and inhibited professional opportunities for members of diverse communities.

“The SoE’s subsequent statement of clarification does not acknowledge or commit to working to address this.”

Post editor James Mitchinson announced on Wednesday, prior to Ian’s departure being revealed, that he was pulling the Leeds-based daily, which was named newspaper of the year in 2020, out of this year’s awards.

In an open letter to readers, James said YP journalists were free to enter the individual awards.

Aasma Day, the former head of JPIMedia’s investigations unit, announced separately she was withdrawing from the SoE’s national Press Awards due to the furore, while ITV News presenter Charlene White withdrew from hosting the event because of the row.

The Daily Mirror has also pulled out of the Driving Diversity category of this year’s awards.

In its statement, the Cable added: “We join in protest and solidarity with those affected by such practises, and industry colleagues and publishers who have since withdrawn from the Press Awards, the Society of Editors’ awards for national publishers.

“As a community-owned newspaper working to reimagine local news within an industry in crisis, awards are an important part of growing our profile, raising funds, and in-turn serving our communities the best we can.

“It is a shame that our hard work on investigating serious issues at the private psychiatric hospital the Priory Hospital Bristol, our ground-breaking podcast Bristol Unpacked, and the weekly Covid newsletter which has helped guide our readers through the pandemic won’t get this chance to be recognised.

“But the Cable’s principles are more important, and, like our 100pc member-owned newspaper, not for sale.

“We also acknowledge that the Cable, as is so clearly the case with the sector as a whole, has much work to do to better cover issues across diverse communities, and to champion and progress the long struggle for racial justice, inside and outside our newsroom and organisation.”

HTFP has approached the SoE for a response to the Cable statement.